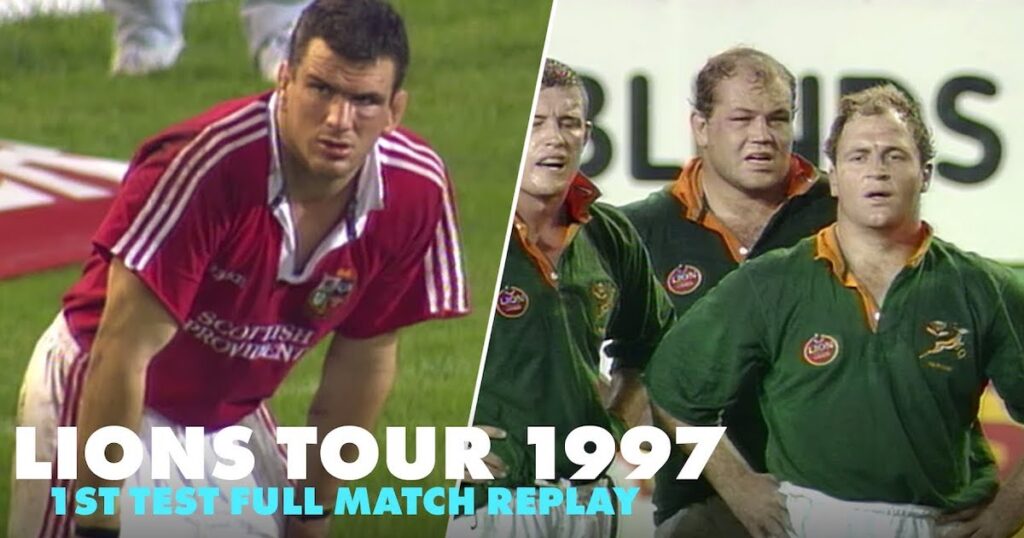 For those who experienced it either in South Africa or on TV, it’s hard to believe that it has been 23 years since that famous Lions tour of 1997. RugbyPass has helped generate a bit more nostalgia with a full match replay of the opening test, won by the Lions late on.

It was a tense affair at Newlands in Cape Town and one which was only settled in favour of the visitors in the final minute, courtesy of Alan Tait’s try.

Until then, it was a game which ebbed and flowed, with both sides very capable of winning. The Springboks made the most of a nervy opening period for the Lions to take an early lead, and assert their dominance in the pack.

The now infamous opening scrum of the match was one which spurred the Lions on to achieve “parity” in the second test. The humiliating rate at which the Lions pack was accelerated backwards under the pressure of the Springboks seemed to have set the tone for the match.

But South Africa only scored once in the first half – through Os du Randt – and actually trailed 9-8 at the break as Lions full back Neil Jenkins punished the hosts’ indiscipline.

South Africa then re-took the lead after Russell Bennett’s try to lead 13-12 (Jenkins having slotted a third penalty just before), while a Henry Honiball penalty extended the advantage to 16-12 entering the final 10 minutes.

The Lions responded through that Matt Dawson try in which he dummied Springbok captain Gary Teichmann, scrum-half Joost van der Westhuizen and André Venter on his way to the line.

That took the Lions into a 20-15 lead with seven minutes remaining. The tension rose even further in the closing minutes, and only dissipated when Tait raced over after a period of attack from the visitors in the 79th minute.

Coming into the match, few predicted the Lions to match the South Africans, let alone usurped them on home soil. It sent shockwaves through the Springboks and led perfectly into the utterly epic second test, which went down in Lions tour folklore for years to come.