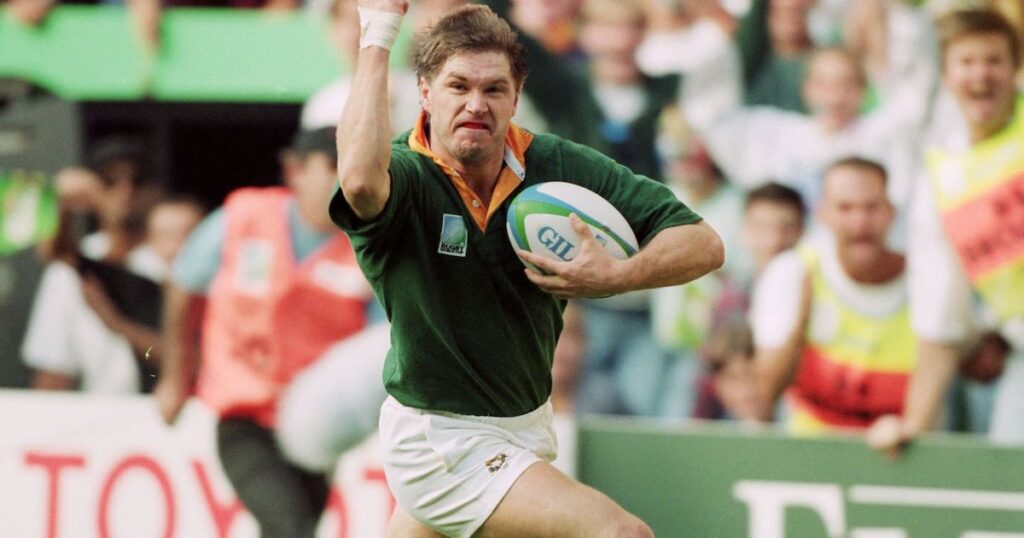 If there are any positives of the quarantine period for rugby fans currently, it is the increasing amount of full matches available on demand. Recently featured by World Rugby, was South Africa’s opening day win over Australia at the 1995 Rugby World Cup.

It marked a new dawn for the Springboks, who had only been allowed back into the international rugby scene in 1992, competing in and hosting the World Cup for the first time.

The match itself was a tight affair, with fly halves Michael Lynagh and Joel Stransky slotting penalties each before Lynagh opened the try-scoring account for the Wallabies. Pieter Hendriks then responded for South Africa before the break, leaving the match evenly poised.

Stransky then produced a superb second half performance, scoring a penalty, drop goal, try and conversion to give the home side a commanding lead, which was only marginally reduced by a late Phil Kearns try for Australia.

South Africa ran out 27-18 winners and would go on to win the tournament by beating New Zealand 15-12 in the final.

Note: Jump to 50 minutes into the video to see South Africa second-row Mark Andrews carry a full-on rucking and swinging arm charge on an Australian opponent, which would guarantee a red card in today’s modern-day game!