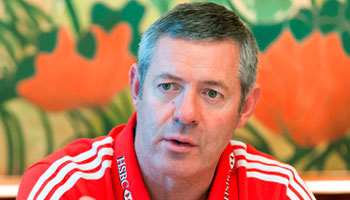 Ahead of the Autumn Internationals and with seven months until the first Test, former British & Irish Lions captain Gavin Hastings has selected the players he would choose as the starting fifteen for the Lions tour of Australia next year.

Hastings, an official HSBC Ambassador for the 2013 tour, has picked a side based on players that have already played international rugby, and chose to mix youth with experience.

Former Scotland fullback Hastings – who played 61 times for his country and six for the Lions – has decided to take Brian O’Driscoll on tour, citing his experience as invaluable. He also opted to go with Danny Care at number nine, rather than 2009 starter Mike Phillips.

Other interesting calls are that he’s chosen to bring in France based fullback Lee Byrne, but not select Wales captain Sam Warburton. Scotland’s Dutch born winger Tim Visser, who scored two tries on his Test debut against Fiji a few months back, gets a starting spot on the wing.

What do you think of his selections, and how would yours differ?