George Gregan picks his Wallaby lineup to face the 2013 Lions 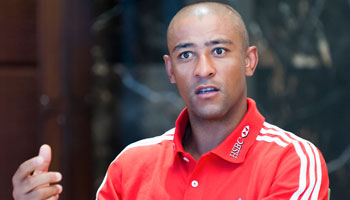 Last week we had a look at Gavin Hastings’ best starting XV for the British & Irish Lions tour of Australia next year. Today we’ve got George Gregan talking about his picks, but this time focusing on the Wallaby XV that he’d like to see start come June 2013.

As we look forward to England hosting the Wallabies this coming weekend, HSBC Ambassador Gregan shared his thoughts on what should be the starting line-up when the Lions arrive on Australian shores next year.

Former Wallaby Gregan, the worlds most capped rugby player, has chosen a side that would no doubt be a different prospect to that which is currently touring.

He’s named lock James Horwill as his captain, while David Pocock and Will Genia come into the starting lineup, with the controversial figure of Quade Cooper at number ten.

What do you think of his selections, and how would yours differ?