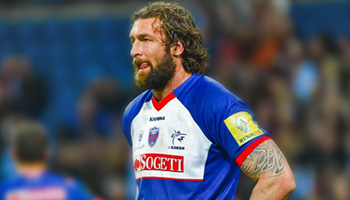 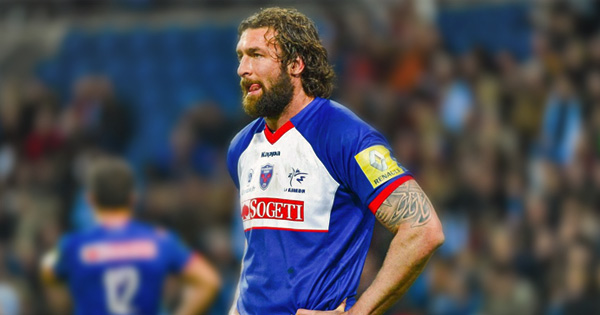 With just two games left in the Top 14 season, Grenoble lock Ross Skeate writes about the emotions involved in staring down the barrel of relegation, and how it compares to life in tournaments that don’t follow that format, such as Super Rugby. – RD

A couple of years ago when I was knocking around in the South West of France playing for a little club called Agen, we were nearing the end of a disastrous season, having won 4 games and fighting to avoid relegation to the Pro D2.

Aaaah it was almost like yesterday; the nervous looks, the players leaving for other clubs, the pointing of fingers, the financial concerns, the panic. Good times.

Just to add some depth to picture, the Pro D2 is the second tier professional league in France.

Picture games with a very local flavour, screaming home fans surrounding a pitch so muddy you can’t tell which hooker is punching which prop, and not out of place, the 10th driving lineout of the game just off the back of the 23rd collapsed scrum.

Of course there are some matches that are played at a great level, Top 14 level even, but on the whole it’s a dogfight for 80 minutes… 90 if the ref really wants the home side to win from behind – I speak from experience.

Unfortunately this year with Grenoble, we find ourselves in a similar situation (the staying up part, not the panic part). As a result of having had a less than optimal second half of the season.

Luckily with 2 games left our future is very much in our hands. The first of those final 2, although against some big opposition; Toulouse, is at home, which does give us that little edge. And we’ll need all the edges we can get.

Of course most of the time the big guns like Toulon and Clermont don’t really have to worry like the smaller teams (us) are forced to. But even then it has been known to happen that a ‘big team’ has a very difficult season and find themselves in that dreadful relegation zone, a la Biarritz, Perpignan, and this season Castres.

In the southern hemisphere, teams still have the luxury of playing expansive rugby and expressing an attractive type of game plan even if they’re in last spot of the Super Rugby table and haven’t won a game.

Here not so much. If you find yourself in that bottom 3 with a point separating each team, it’s time to hit that panic button. All hands on deck.

Of course a small part of me wishes that the Top14 would also drop this whole relegation thing. Imagine the champagne rugby that would follow! French flair and behind the back passes all year long… but with so many professional sides in France, how could one possibly pick which 14 sides deserve to stay permanently in the comp?

So in a nutshell; relegation, to be avoided at all costs. It’s really not worth the worry and financial pain that a drop to the Pro D2 would mean. Of course you could argue that its not the end of the world… but neither is losing a leg in a theme park ride accident.

Ross has played for Agen, Toulon, the Stormers, the Sharks, Emerging Springboks, and the Barbarians. You can follow him on twitter @RossSkeate

Posted By: skeato
Thanks
Sorry there has been an error
Login or Register to comment