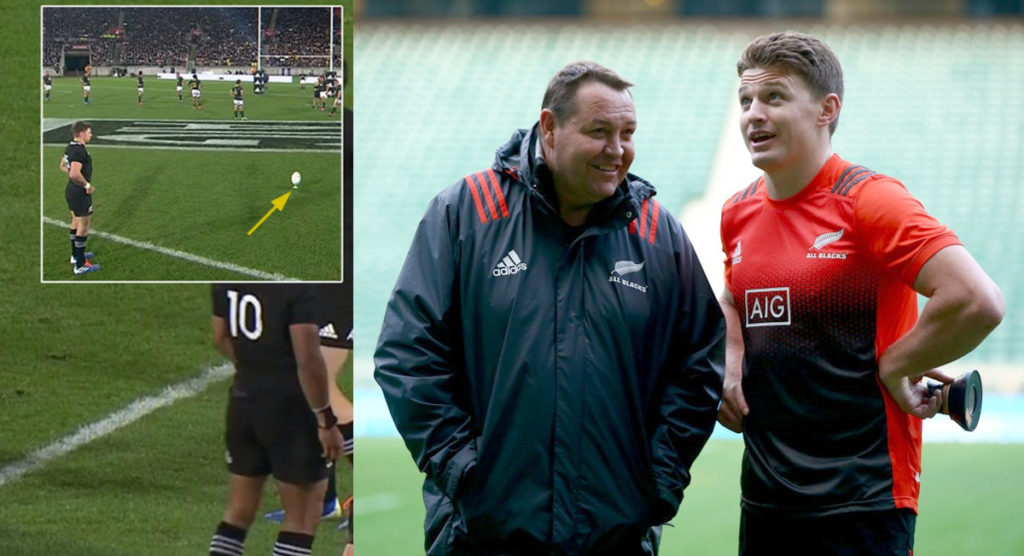 In the wake of a huge amount of criticism online after what some called blatant cheating, the All Blacks are backing Beauden Barrett in what they see as just another piece of gamesmanship.

With referee Nic Berry’s back turned while speaking to captain Kieran Read, Barrett was spotted on camera deliberately nudging the ball closer to the goalposts seconds before having to take a penalty against the Springboks in Wellington’s drawn 16-16 Rugby Championship Test on Saturday.

While it’s a common tactic by goal kickers, fans on social media have been unforgiving in their assessment of the ploy. Many Springbok supporters, and a fair amount of neutrals, felt it was another example of the All Blacks bending the rules and getting away with it.

Two former New Zealand internationals commented on it on twitter last night, with Lima Sopoaga amusingly frank in his assessment of the common tactic.

Coach Steve Hansen didn’t deny Barrett’s intentions but said it was a minor case of gamesmanship which was ubiquitous in the sport.

“Look, you guys (media) have watched a lot of footy from club level right to the very highest level; I would say most goalkickers have done that at some point in their time,” Hansen said.

“Is it right? Probably not, but they all do it. Is it any different than when you get a penalty and kick for touch and end up taking two strides past the mark to kick it out? It’s just what happens in footy.”

Hansen said that there were more pressing issues in rugby to address, both on and off the field.

If you have not yet seen what happened, you can watch it below