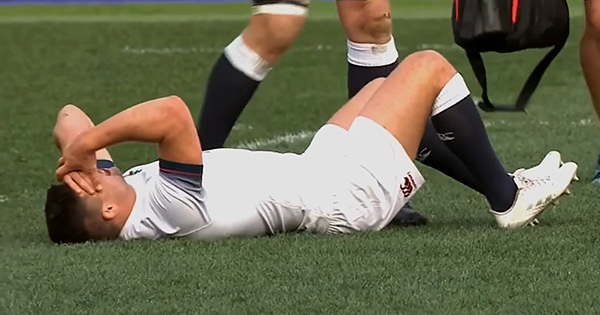 Scans have confirmed that England scrumhalf Ben Youngs will play no further part in this year’s Six Nations. The Leicester Tigers halfback was injured early on in England’s match with Italy in Rome, which they won convincingly 46-15.

Youngs could be heard screaming out in pain in the 10th minute of the match, after an Italian player landed awkwardly on his knee when clearing out England skipper Dylan Hartley at a ruck.

Danny Care came on as replacement, but was most concerned about his mate.

“You never want to see a bad injury like that and I was gutted to see Ben in so much pain. First thing is first, he’s a good mate as well as a competitor for the shirt. He’s in pain and all our thoughts are with him,” Care said.

Scans revealed that Youngs had ruptured his MCL in his left knee, and will need to have further assessment with a surgeon this week. He is likely to be out for a total of roughly four months.

Thanks everyone for your kind messages of support with great people around me I’ll be back to contribute soon enough.

Saracens scrumhalf Richard Wigglesworth has been called up as replacement by Eddie Jones.