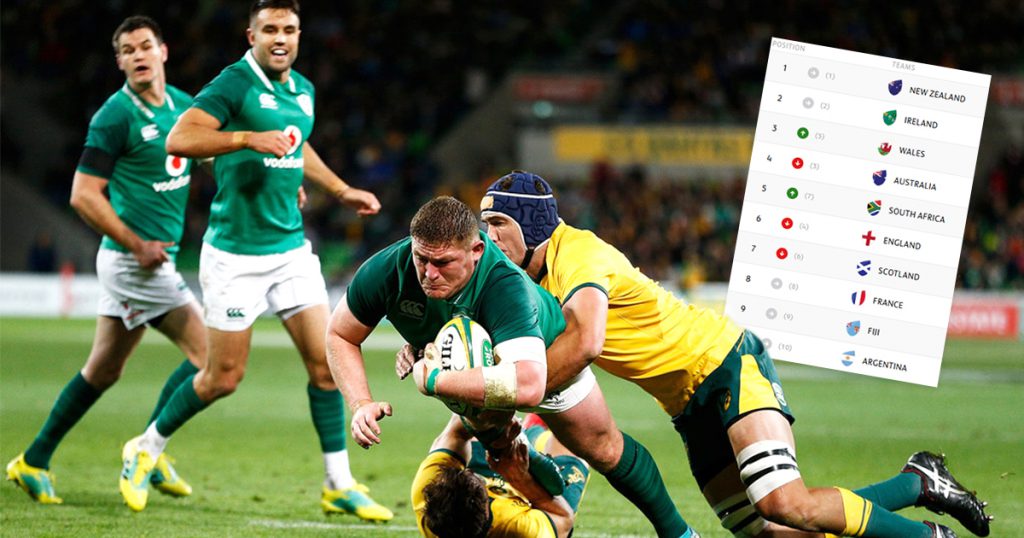 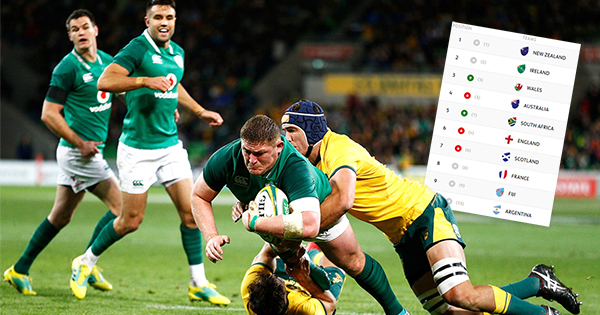 The third week of the June Internationals will be a bit of a dead rubber for some, while one match in particular is a series decider. Here is a look at all the big games over the weekend, and how the official World Rankings might change when they are updated on Monday.

Results from last weekend’s matches saw Wales jump up to third in the world, while England dropped to their lowest in some time, after their series loss to South Africa in Bloemfontein.

New Zealand cannot go anywhere as they are untouchable at the top, but as with South Africa, they will be looking to win their series 3-0, after already being 2-0 up against France.

With two full points on offer for a win of more than 15 points, France (8) can climb one place to seventh. For the All Blacks (1), there is no reward for victory but a heavy defeat, combined with a big win for Ireland against Australia, would see their cushion at the top cut to less than half a point.

Any form of victory will be enough for Australia (4) to climb above Wales (3) and into third place. If Australia lose badly and South Africa and England draw, the Wallabies will equal their joint lowest ranking of sixth. Ireland (2) are certain to finish the weekend in second place whatever the result.

If the Springboks (5) wrap up a 3-0 series win and Australia lose at home to Ireland, they will leapfrog the Wallabies and move into fourth place.

Having dropped to their lowest ranking since March 2016, the good news for England (6) fans is that they cannot drop any lower even if the series is lost 3-0. Indeed, with a fraction under two rating points on offer for a big win, third place is within their reach if Australia fail to beat Ireland.

The rewards on offer for a big Pumas (10) win are just enough to take the home side above Fiji and into ninth place, as long as the Islanders don’t beat Tonga by more than 15 points in Suva.

Scotland (7) can claw back 1.17 of the points they lost in defeat to the USA if they win well against Argentina. However, that still would be enough for them to catch England in sixth place, even if Eddie Jones’ side ends their tour of South Africa with a whimper. 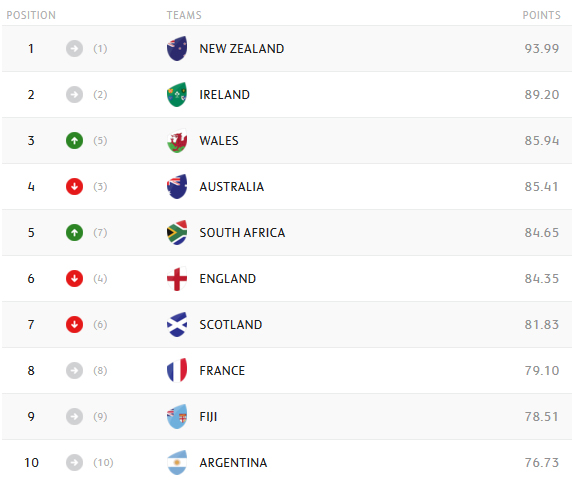 World Rugby Pacific Nations Cup champions Fiji (9) cannot move any higher than their present position of ninth as there are only five-hundredths of a point on offer for an emphatic win.

A big win for Tonga (14) would move them as high as 11th, for the first time since September 2015 if Japan versus Georgia also ends in a draw.

Japan (11) will pick up one full rating point if they bounce back from last weekend’s loss to Italy and win well. That will still not be enough to lift them any higher than their present position of 11th.

Georgia (12) will move into the world’s top 10 for the first time since the rankings were introduced in October 2003 if they win well and Argentina slip up at home to Scotland.

Canada (22) will reclaim 21st place from Hong Kong if they upset the form book and beat neighbours USA (15). For the Eagles, it is not possible for them to move any higher than 15th although a big win would see them close to within two-tenths of Tonga if the ‘Ikale Tahi are well beaten by Fiji. 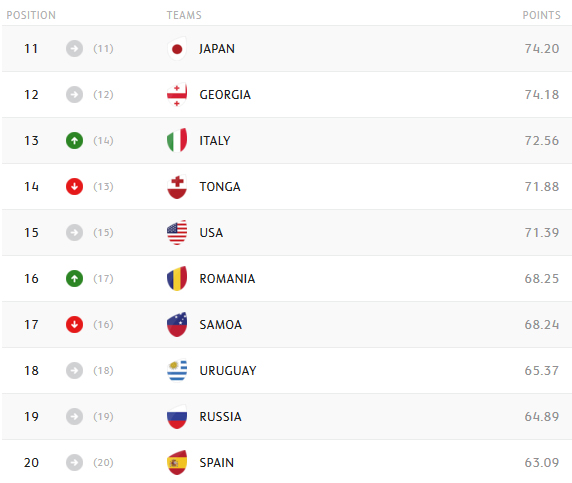