How will the Six Nations stars fare at RWC 2015? Conor O'Shea goes through them 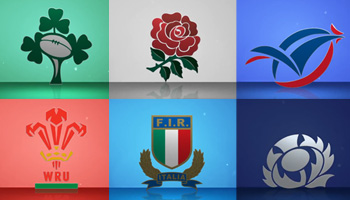 Former Ireland international and current Harlequins head coach Conor O’Shea recently sat down with World Rugby to discuss the Six Nations stars who will impress when the Rugby World Cup rolls into England in 162 days.

Finn Russell will apparently become “a heck of a player” for Scotland, while he was also impressed with Stuart Hogg at 15 and Jonny Gray who “is young but still a key player”.

For Italy, O’Shea can’t look past the “untouchable” Sergio Parisse, but he also stressed the need for a goal-kicking 10.

Morgan Parra and Francois Trinh-Duc were the French picks despite hardly featuring over the spring, while Wales’ biggest issue is if tighthead prop Samson Lee can be match fit before the start of the tournament.

England was more difficult but O’Shea says the player that they need back is Manu Tuilagi, while he could have chosen a whole host of players for Ireland but “Jonny Sexton is Joe Schmidt on the pitch”.

Which country can go the furthest? Apparently it’s hard to look beyond England at home and Ireland form-wise, especially if the Irish can keep their key players like Sean O’Brien and Cian Healy fit. Those two to play each other in the semi-final before playing a southern hemisphere country in the final.

Is there anybody you think he missed? Who will be your country’s shining light?

How will the Six Nations stars fare at RWC 2015? Conor O'Shea goes through them | RugbyDump - Rugby News & Videos