Hurricanes masterclass in the wet sets up home semi final 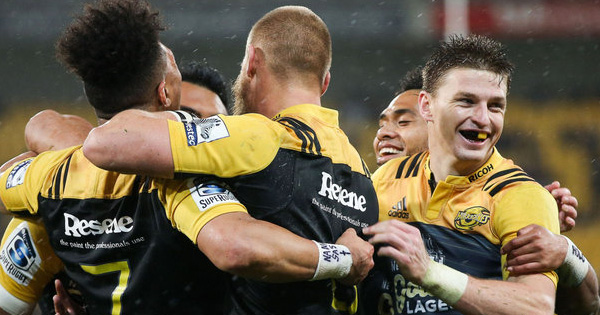 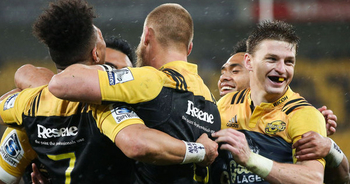 TJ Perenara and Beauden Barrett were in impeccable form as the Hurricanes blew away the Sharks 41-0 in the wind and wet of Wellington. While the visitors looked threatening with their driving maul early on, they couldn’t cross the line and lacked a plan B.

The Hurricanes on the other hand soaked up the pressure before their talented halfbacks showed their class to create tries out of nothing, ignoring the at times atrocious weather conditions.

The Sharks missed three early kicks at goal, and had a Beast Mtawarira try disallowed due to a double movement. There wasn’t much else to speak of besides that and therefore they became the first team to ever go scoreless in a Super Rugby playoff match.

The Hurricanes were well marshalled by the brilliant Barrett, who appears to improve with every game he plays, now reaching heights that even the biggest Dan Carter fans would be impressed by.

His crosskick for the first try was pinpoint, with his general play helping them to a six-try demolition. Number nine Perenara was equally lethal with ball in hand.

“We knew we couldn’t be too expansive because of the weather but we wanted to play in the right areas of the field,” said Perenara. “When we got the opportunity to get into a bit of space, we took it.”

With the victory, the ‘Canes earned themselves a home semi final, where they will host the Chiefs.