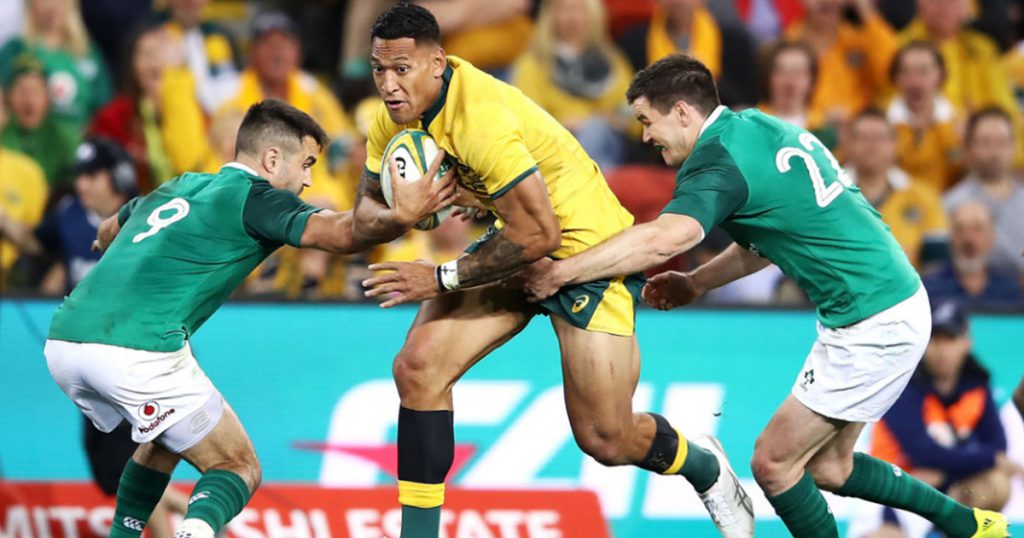 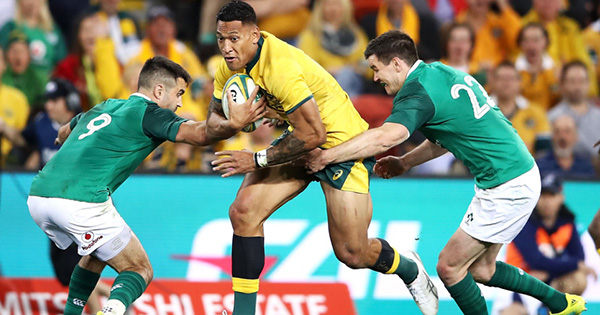 Australia earned a hard-fought 18-9 victory Saturday night at Suncorp Stadium, ending Ireland’s winning streak at 12 matches. The win was underscored by stand-out performances from Kurtley Beale, Israel Folau and particularly, David Pocock. Folau scored what would have been his first try against Ireland, but the TMO had other ideas.

The star Wallabies fullback was once again an effective weapon under the high ball, while Pocock was his usual menacing self around the breakdown, despite his time away from Test rugby.

Australia played an incredibly physical match, delivering several big hits early on. However, it was Ireland who dominated certain key statistics, like time of possession and territory.

Both teams desperately needed a game-breaking play and Australia thought they had one with Folau’s try halfway into the second half. However, Television Match Official Ben Skeen called referee Marius van der Westhuizen’s attention back several phases to what he deemed to be foul play from lock Adam Coleman.

After some discussion, both agreed that Coleman had indeed commited an act worthy of a penalty and Folau’s try was therefore disallowed.

The incident had no real bearing on the try, so going all the way back to it was viewed as a fairly controversial use of the TMO by many, including the Australian commentators. Phil Kearns claimed: “The game’s become a joke” and “The referees have lost the plot.”

However, Rod Kafer sided with the officials, admitting that Coleman could’ve let up once he knew he was off the ball. Nevertheless, the try was wiped off and Ireland clung to a one-point lead.

The incident seemed to galvanize the hosts who then scored the last 10 points for the dramatic win through Pocock’s try and Foley’s boot.

You can see the incident below in the highlights package