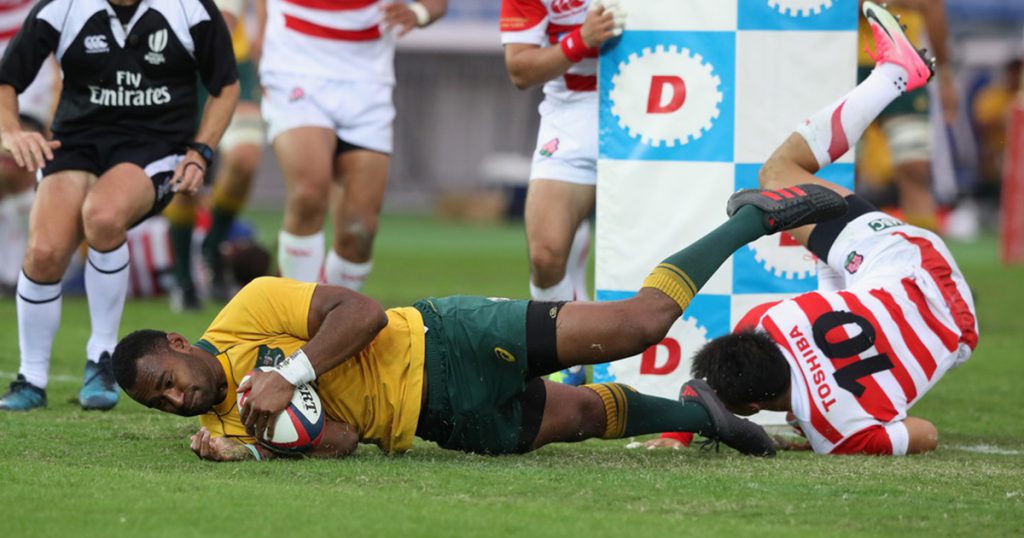 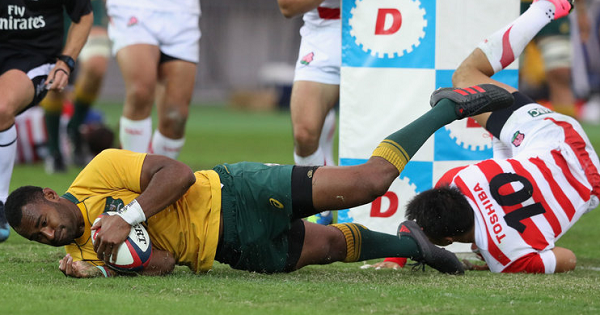 Tevita Kuridrani scored a hat-trick of tries as Australia continued their unbeaten start to the end-of-year tour, beating Japan 63-30 in Yokohama at the weekend.

The visitors scored five tries in total in a dizzying opening half that left Japan trailing 35-3 at half-time. The Brave Blossoms performed better in the second half, scoring three tries through Wimpie van der Walt, Amanaki Mafi and Kazuki Himeno, but they were well below their best on the day.

The Wallabies, fresh off the back of morale-boosting wins over New Zealand and the Barbarians, began strongly with Samu Kerevi touching down after six minutes. Henry Speight and Tatafu Polota-Nau also crossed, with Kuridrani bagging the first two of his tries to compound the misery for the hosts.

All Japan had to offer in the opening 40 minutes was a solitary penalty from Rikiya Matsuda but South African-born substitute Van der Walt lifted spirits when he scored his team’s first try after the break.

But there was to be no miracle comeback as witnessed in their famous World Cup victory over South Africa in 2015, as Michael Cheika’s Wallabies scored five more tries in the second period.

Kerevi bagged a second while Kuridrani completed his hat-trick following Stephen Moore’s score. Nick Phipps and Rob Simmons concluded the scoring for the visitors as Japan were rewarded with a brace of consolation tries.

Next up for Australia is a trip to Cardiff’s Principality Stadium on Saturday, where they will face Wales before concluding their year against England and Scotland.