Leicester Tigers and London Irish classic at the Madjeski 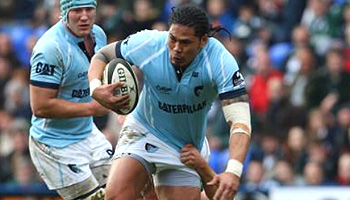 While we play catch up after a busy few weeks of rugby, weve got another classic Guinness Premiership match for you from last weekend at the Madjeski Stadium.

London Irish staged a brave fight back against the Leicester Tigers but eventually came up second best as the Tigers withstood the pressure to win the match 31-28.

Matt Smith scored two tries for Leicester, Marcos Ayerza one, and it was Julien Dupuy who kicked 16 points.

They had a 31-16 lead with six minutes left in the match, but Irish came back, scoring two tries in three minutes through Seilala Mapusua and Steffon Armitage, setting up a tense ending to the game.

But the Tigers held on to win the pulsating game and claim a first away victory in the Guinness Premiership since September. Captain Aaron Mauger was named man of the match for his part in the impressive victory.