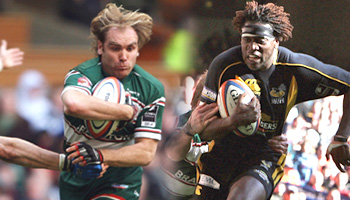 Leicester Tigers booked a place in this year’s EDF Energy Anglo-Welsh Cup Final with a 34-24 victory over London Wasps in an entertaining clash at the Millennium Stadium in Cardiff.

Cipriani did show touches of brilliance though, scoring a great try of his own as well as putting Paul Sackey away for a try with a neat flick pass on one occasion.

The Tigers will meet Ospreys in the final at Twickenham on 12 April, which is set to be quite an occasion.