Lions Memories - To be a Lion 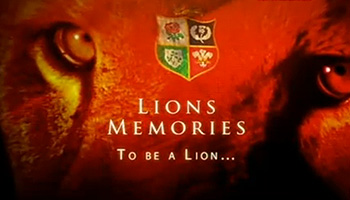 The British and Irish Lions set sail for South Africa in a few months on what should be an epic battle of endurance and guile as they take on the World Champions in their own backyard.

The squad for this years tour has yet to be chosen, but there are already a few names pencilled in that are going to be certaintys to wear the famed red jersey.

To be a Lion, as described in this short video by former Lions greats, is an immense honour and opportunity that very rarely comes around in a players career.

Coming together from the four home nations, to play as one and become a band of brothers for a few weeks, going on a Lions tour is an experience like no other.

Willie John McBride, Gerald Davies, Lawrence Dallaglio, Gavin Hastings, and Gareth Edwards talk us through the experience and sense of pride associated with becoming a Lion, and having been one.

In the forthcoming weeks well be featuring random Lions clips from the past to help with the build-up for the historic big tour.

Lions Memories - To be a Lion | RugbyDump - Rugby News & Videos