Looking back at the last three matches between Australia and England 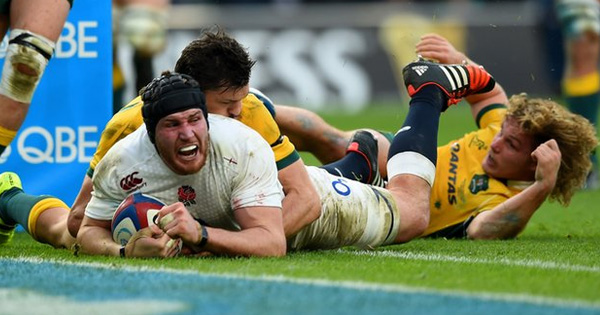 It’s one of the oldest rivalries in sport and while there have already been a few digs in the lead up to kickoff of their Test series, today we look back at the last three matches between England and Australia, as well as look forward to the first Test of the series.

England have actually won two out of the three last matches against the Wallabies but crucially Australia won the most recent clash, sending England out of the 2015 Rugby World Cup.

Both sides have been in exceptional form since their new coaches took over.

Australia have looked like a different side under Michael Cheika and performed excellently, reaching the World Cup final. Equally England have won all six games under Eddie Jones, including a Grand Slam, but a return to Australia will be England’s biggest test yet.

Here is a quick look back at England and Australia’s last three clashes.

England scored two opportunistic tries to win the match at Twickenham. Chris Robshaw finished calmly after a charge down and then Owen Farrell made a sniping run through the Australian defence for England’s second try.

This saw England overturn a seven-point deficit after Matt Toomua scored for Australia by running over the top of Billy Twelvetrees. A close match in which England’s pack gave them the edge.

Two tries from Ben Morgan secured England a hard fought victory. Once again Foley was on the scoresheet for Australia alongside Will Skelton.

Brad Barritt put in a heroic performance in defence putting his body on the line in some big collisions, while George Ford scored 16 points to help England to overpower Australia and earn a much needed victory after defeats to New Zealand and South Africa earlier in the month.

This is a game that England fans will not want to be reminded of. A masterclass from Bernard Foley knocked England out of the World Cup at the group stage. The Wallabies dominated the first half with two tries from Foley. An Anthony Watson try briefly put England back in the game before the Australians pulled away.

A Matt Giteau try ended England’s humiliation and rounded off a dominant performance. The gulf in class between Foley, Giteau, Beale and the England play makers was painstakingly evident. This is a match that the England players will undoubtedly want revenge for.

Australia are just going to edge the first Test by two tries to one. The individual ability of the backs including the likes of Israel Folau, Tevita Kuridrani and Foley gives Australia a slight advantage.

The quality of Michael Hooper and David Pocock is going to make it difficult for England to get quick ball consistently. England do not have a settled midfield line up and the backrow that won the Six Nations is not suited to the pace of the game that England will face on Saturday.

That being said, you can expect England to challenge the Wallabies physically with a powerful pack and they will most likely win at least one game in the series.