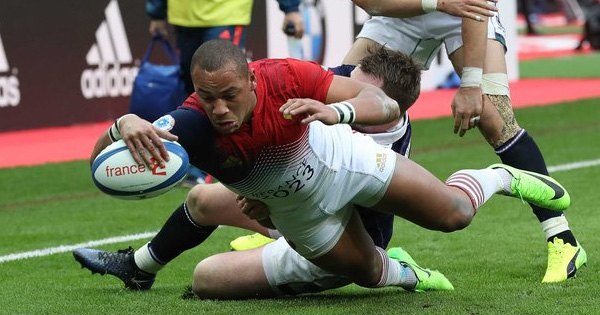 France edged Scotland 22-16 in a tense Six Nations clash on Sunday. Camille Lopez kicked two late penalties to deny Scotland their first win in Paris since 1999. Scores were tied with ten minutes left, but France made sure that they took this one, after a narrow defeat to England last weekend.

For Scotland, Stuart Hogg scored his third try of the tournament, and lock Tim Swinson scored after halftime. France only scored one try, through centre Gael Fickou.

Consolation for the Scots is that they picked up a losing bonus point.