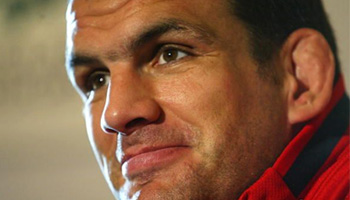 Known for his strong leadership and no-nonsense approach to the game, 2003 World Cup winning Captain of England Martin Johnson was often perceived as the bad guy by the opposition.

Never more so than at Landsdowne Road five years ago when shortly before kick-off against Ireland, Johnson broke protocol by refusing to move to the red carpet parade area, resulting in President of Ireland, Mary McAleese, having to walk across the uncovered grass to him instead.

Much media attention was made of this, and the Daily Telegraph hypothesized a scenario of the outcry should a similar snub be made to the Queen of the United Kingdom of Great Britain and Northern Ireland by an Irish captain. Johnson never publicly apologised.

Johnson maintains he was not at fault and had not received special pre-match instructions despite being asked three times to move.

The Irish Rugby Football Union apologised to the Irish President on his behalf.