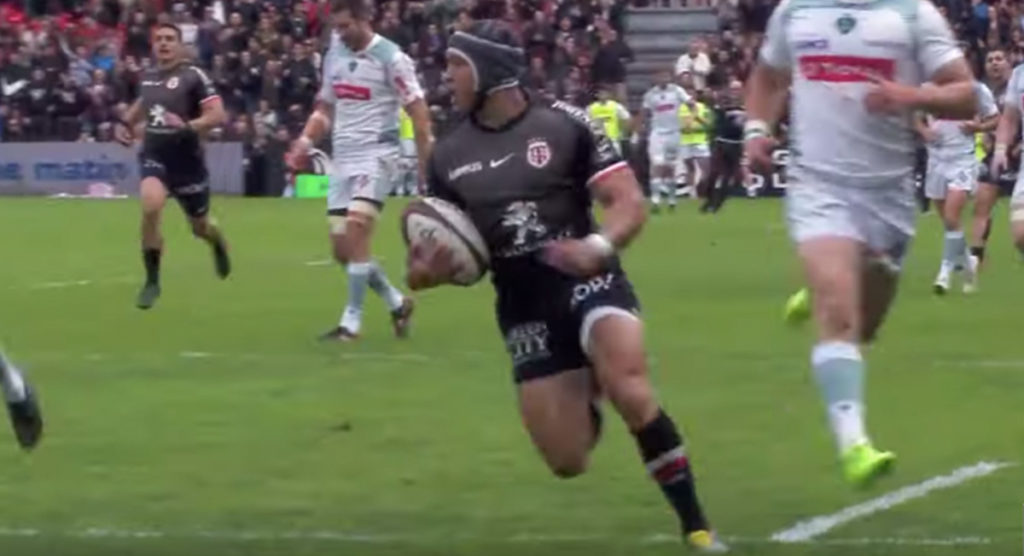 Toulouse were merciless in their 83-6 destruction of Pau over the weekend as the hosts blasted their guests with 13 tries. Pau narrowly avoided the whitewash with a meagre two penalties. The best of those scores belonged to Cheslin Kolbe, who finished off a sensational 95-metre team effort.

It’s easy to see that Kolbe’s star is on the rise and his efforts are a big reason Toulouse sit at the top of the table. This weekend was no exception, as he notched up two more tries in the win.

WATCH: Cheslin Kolbe scores another wonder try, but from his backside

In what some are calling the Top 14 try of the season, Toulouse got things going from their own five-metre line. A cross-kick from the boot of Thomas Ramos connected with Maxime Medard, who then chipped ahead as well.

Moments later, Medard was involved once again with his brilliant no-look pass to Kolbe.

Among the many who scored tries, Kolbe and Ramos led the way with two apiece. Medard also added a try to go along with his assist.

This was an outstanding team try but Kolbe’s finishing form couldn’t be coming at a more welcome time. With the 2019 World Cup just over the horizon, the Springboks must be getting very excited with the way numerous key positions are taking shape.