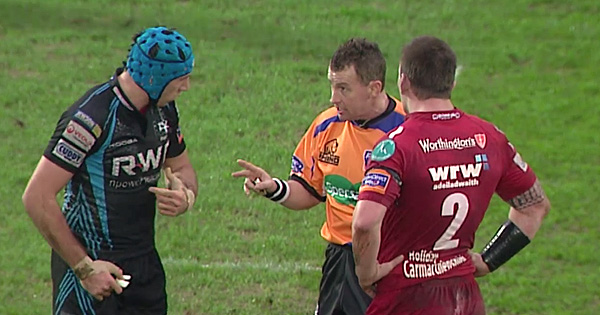 From the man who was once heard saying to a player; “I’ll never make a scrum-half and you’ll never make a referee – keep to your job.” Watch a few more gems from Nigel Owens, the referee appointed to take charge of the 2015 Rugby World Cup Final. #ScrumV #RWC2015

As was confirmed earlier this week, Nigel Owens will referee the Rugby World Cup Final between New Zealand and Australia. He’s clearly the best ref in the world right now, most notably for the way he allows the game to flow, his superb control under pressure, and his well timed one liners.

View more of Owens in action, including a short documentary piece, in the Related Posts below