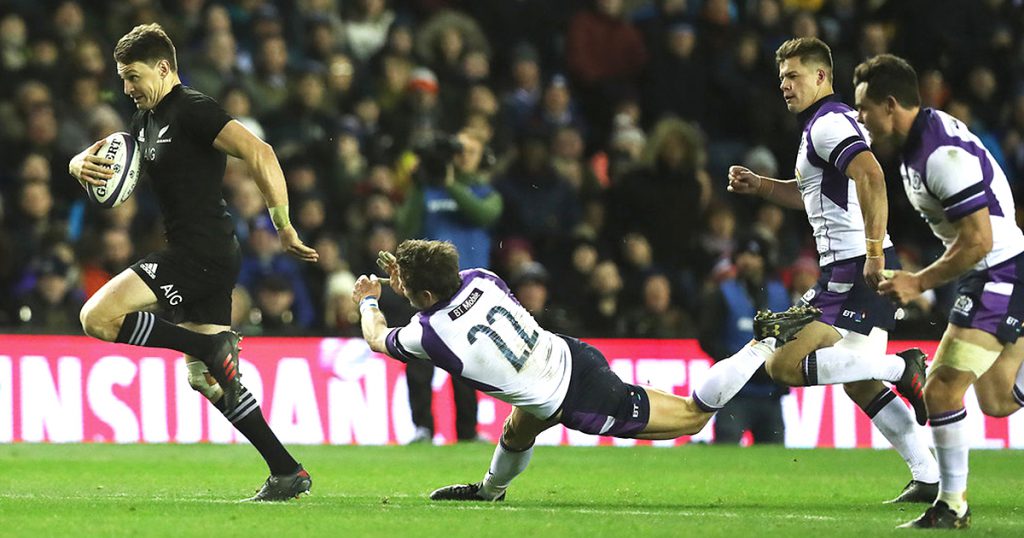 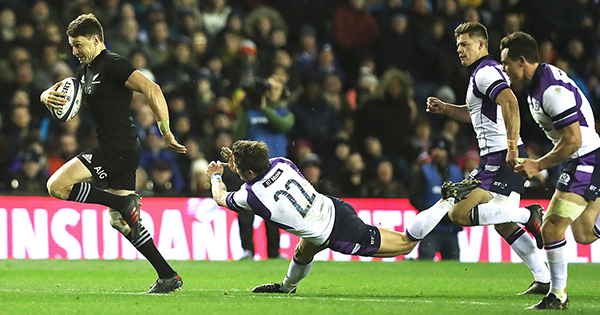 Scotland dominated proceedings for the opening quarter but were left ruing missed opportunities, as Steve Hansen’s All Blacks appeared to struggle early on.

Two minutes into the second period, New Zealand finally kicked into gear and pounced through Codie Taylor’s try, created by a superbly-floated pass from Rieko Ioane.

Sonny Bill Williams was the initiator for the All Blacks’ second try as a deft chip ahead in behind the Scottish defence sat up perfectly for Damien McKenzie to cruise under the posts.

Notably, it was what New Zealand did when they were down on numbers that ultimately settled the match. Twice they were reduced to 14-men – with Sam Cane and Wyatt Crockett sin-binned for repeated infringements.

But their third try while Cane was still off the field was a beauty. McKenzie latched on to Williams’ offload to feed Barrett – on the wing – to sprint over for a try which (temporarily) silenced the Murrayfield crowd.

Jonny Gray kept the Scots firmly in the game with a brilliant stretch for the line prior to Barrett’s score down the other end, before Huw Jones scored arguably the best try of the Autumn Internationals.

Stuart Hogg’s chip ahead was snapped up by Tommy Seymour, who showed great quick hands to feed the on-rushing Jones, who streaked all the way to the line to score. Russell added the crucial conversion to bring the deficit down to just a solitary try.

New Zealand were clinging on to dear life and with Crockett in the bin, Scotland pounded the defensive line and with time up on the clock, looked certain to score as Hogg once more burst through the attempted tackle of McKenzie.

Critically, Barrett’s exceptional last-gasp tackle forced a forward pass from Hogg just as the full-back was about to offload, securing a thrilling victory.