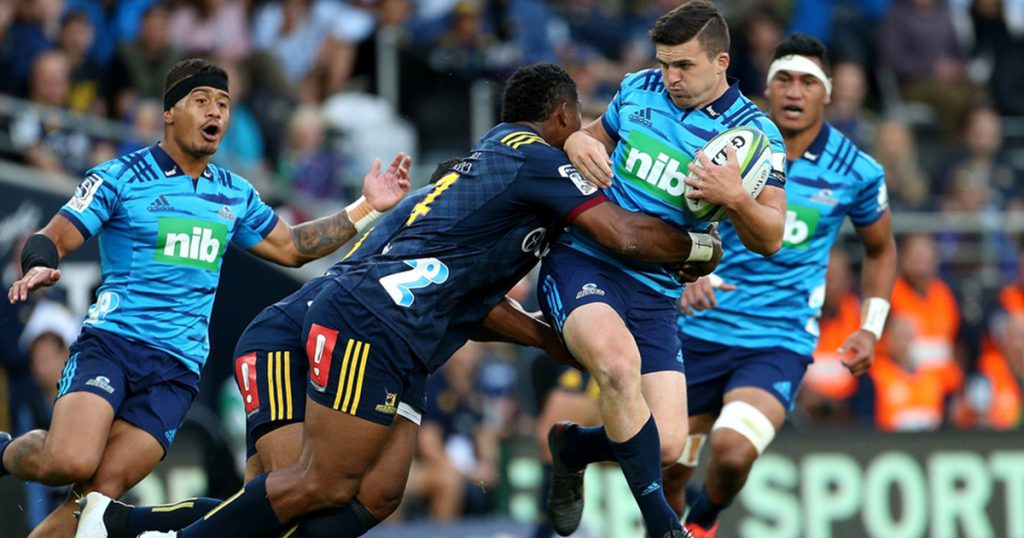 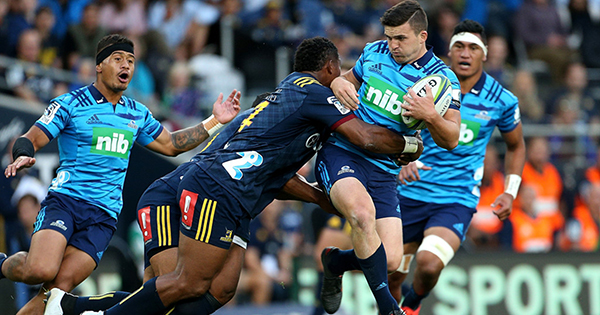 The Highlanders opened their 2018 Super Rugby account with a hard-fought 41-34 victory over the Blues in Dunedin on Friday. Nine tries were scored throughout a fiercely contested affair as the lead changed hands on multiple occasions.

The Auckland-based Blues took an early lead courtesy of a Bryn Gatland – son of Wales head coach, Warren – try. The out-half stepped brilliantly to slew in under the posts.

Rob Thompson hit back for the 2015 champions in the first of the centre’s two tries in the match. But the Blues replied with one of the best tries of the tournament so far; Matt Duffie touched down following a superb team try.

Aided by the off-loading king himself, Sonny Bill Williams, the Blues attacked from inside their own half. Williams fed one out the back door to Duffie who in turn, sent Rieko Ioane racing clear. Ioane then off-loaded back to Duffie, leaving the winger sauntering in for the score.

Thompson and Akira Ioane exchanged tries before the break with Gatland’s penalty enabling the visitors to lead by seven points.

The scoring didn’t stop after the break. Prop Siate Tokolahi crashed over to level the game at 24-24 before Akira Ioane bagged his second to reclaim the lead for the Blues.

The turning point came in the 54th minute when the Blues lost replacement Antonio Kiri Kiri to a yellow card. Teihorangi Walden made the most of the numerical advantage to score twice in a five minute period.

Leading 39-34, the Highlanders finally sealed the victory thanks to a Fletcher Smith penalty just nine minutes from the end.

The Highlanders have a bye in week three and will next play in a fortnight’s time at home to the Stormers, while the Blues face the Chiefs at Eden Park.