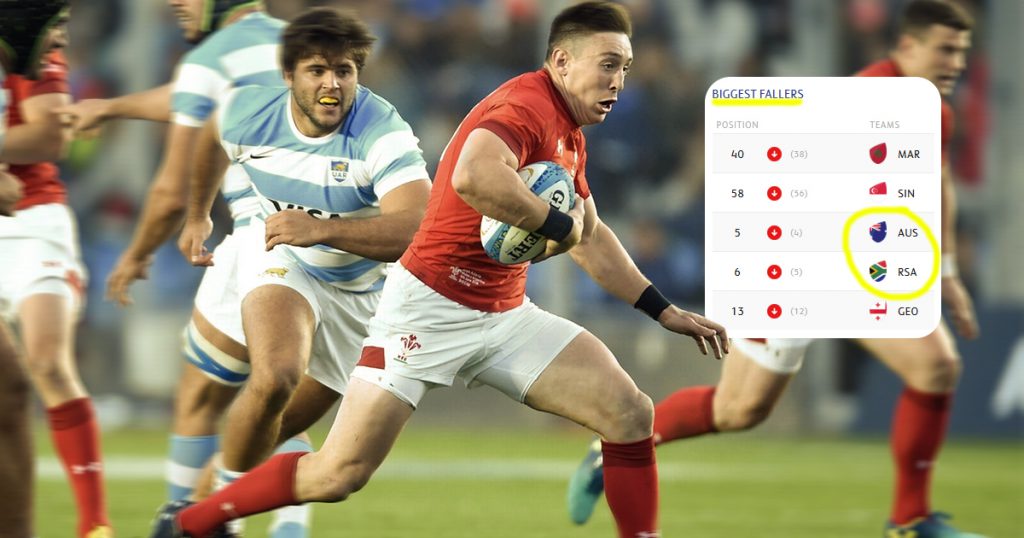 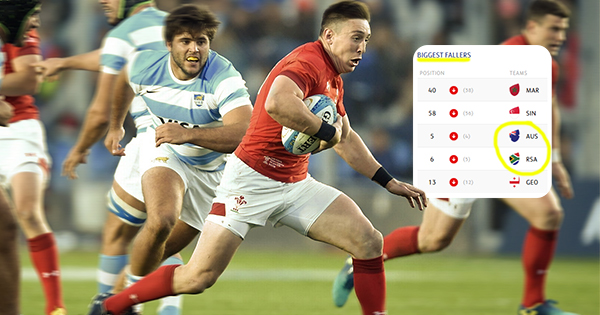 Following successful tours for Ireland and Wales, and a final Test win for England in South Africa, the three Six Nations teams have cemented their spots in the World Rugby Rankings top five, giving them a different look to what we’re all used to.

England moved up to fourth place in the rankings after they avoided a third and final Test loss in Cape Town, as they beat South Africa 25-10. While they ultimately lost the series 2-1, their victory at Newlands earned them one and a third points, lifting them above both Australia and South Africa.

Had another three points come from the boot of Farrell, who was on fine form on the day, England would have moved up to third in the rankings – their position at the start of the summer.

As a result of losing that final Test, the Springboks slipped down a place to sixth, with the Wallabies in fifth after they lost to Ireland in Sydney.

Ireland picked up 0.92 of a point to further secure second place in the rankings behind an All Blacks side that gained no reward for their third straight win over France.

Scotland earned 1.19 rating points after thumping Argentina 44-15 in Resistencia, but it was not enough to change their position of seventh in the rankings, while Los Pumas stay in 10th place.

The USA Eagles continued their unbeaten streak against Canada as they won 42-17 in Halifax. The Eagles stay in 15th place though as there was only a quarter of a point on offer for their seventh consecutive win, while Canada also stay unmoved, in 22nd place.

At the top of the list, the days of the southern hemisphere’s ‘Big Three’ dominating the top three places are long gone. While New Zealand, Australia and South Africa did finish at one, two and three respectively at the last Rugby World Cup (and Argentina in fourth), between tournaments, the likes of Ireland, Wales and England are showing that come RWC Japan 2019, we should have a fascinating competition.

The next big fixtures to look out for are Samoa vs Germany in their home and away Rugby World Cup qualification play-off contest, which starts on June 30th in Apia, Samoa. The return leg takes place in Germany on July 14th.

Then on August 18th, Australia host New Zealand in Sydney in Bledisloe Cup match 1, starting the Rugby Championship, with South Africa facing Argentina in Durban on the same day. 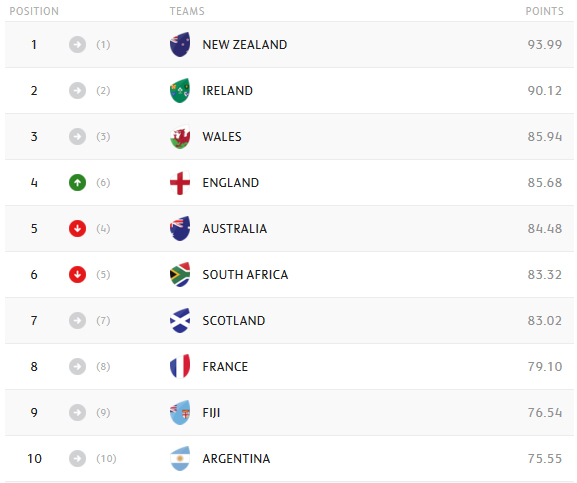 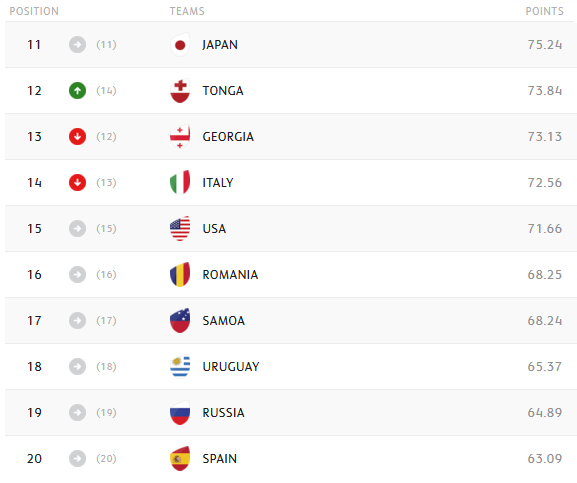