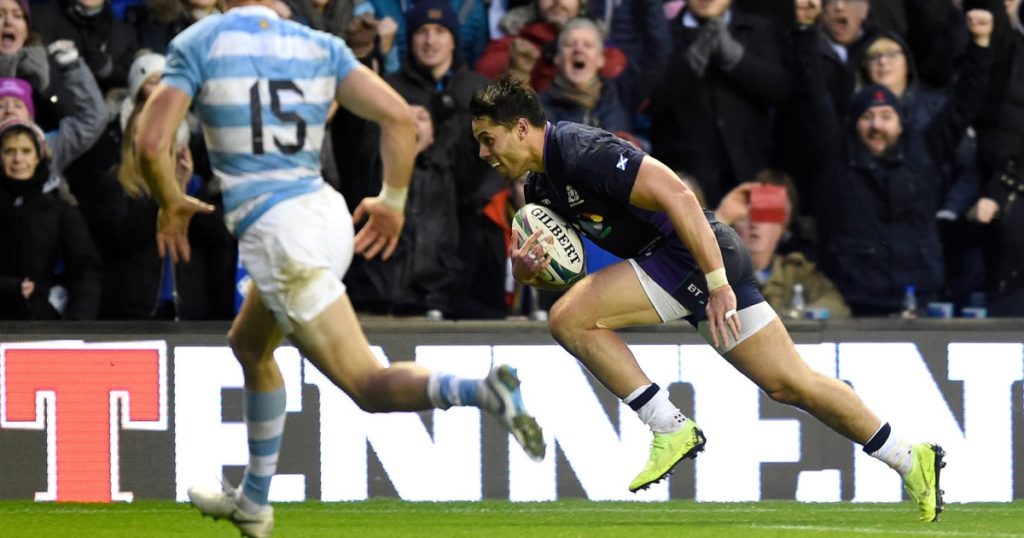 Scotland finished their end of year tests with a narrow 14-9 victory over Argentina at BT Murrayfield.

It was a typically tight affair and one which Pumas head coach Mario Ledesma will be ruing after his side missed four straightforward penalties throughout the encounter.

Scotland took their chances well when they arose, with Sean Maitland’s 65th minute try proving decisive in a scrappy match dictated by a litany of handling errors.

Sanchez in particular had a shocker from the kicking tee. Two penalties missed in the opening period and a further miss in the second glossed over his three successful efforts to bring the visitors to within touching distance of the Scots.

With neither side offering much in the way of attack under damp conditions, it was up to Scotland captain Greig Laidlaw to take advantage of sloppy blindside defending from the Pumas to break the deadlock.

Laidlaw reversed the line of attack to send full back Stuart Hogg racing down the touchline, before feeding Maitland in virtually unopposed for the score. Laid law’s conversion attempt hit the cross bar, leaving Argentina à chance to steal the win.

Try as they might, Argentina couldn’t launch any serious threat, despite Martin Lanadjo breaking clear in midfield with five minutes remaining. But as so often in the match, Argentina’s handling let them down and centre Jeronimo de la Fuente coughed up possession with the line in sight.

As it was, Scotland held on to claim a second win in four matches this month, and head into back-to-back home matches at the start of the 6 Nations in fine fettle.