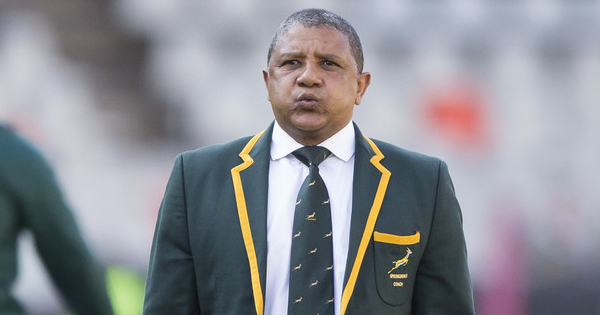 New Zealand won their fifth Rugby Championship in six years after beating Argentina 36-10 with one round still to come in the competition, however the second consecutive draw between South Africa and Australia was the story of the weekend.

The Springboks were whitewashed against New Zealand 57-0 last weekend which would have devastated morale within the training camp. However, the mental recovery and tactical decisions have put South Africa back in a position to challenge New Zealand in the final round.

The game finished 27-27 and it was arguably a stroke of genius from South Africa coach Allister Coetzee. The Springbok chief made three changes from the side which played New Zealand and all three were effective.

Bath flanker Francois Louw made the second highest number of tackles for South Africa, whilst winger Dillyn Leyds justified his selection by setting up South Africa’s second try and not missing a tackle.

The third player recruited for the Test match was scrum half Ross Cronje, who’s stats suggest he outplayed Will Genia in every area of attack. Looking across the entire South African backline, they made six more clean breaks and 61 more passes.

That final statistic, however, highlights the different styles of rugby played between South Africa’s younger backline than Australia’s. Essentially the Springboks tried to go around Australia, and the visitors tried to go through South Africa.

Springbok fly half Elton Jantjies ran three meters compared to his opposite man Bernard Foley’s 61, but Jantjies made more than double the number of passes. This again highlights the different styles of play, but evidently neither was more effective that the other – over two Tests.

However, the All Blacks have a much faster line speed in defence compared to Australia and this dismantled South Africa in the previous round of the competition. If South Africa want to be effective against New Zealand, they cannot play deep off first phase, they must be more direct.

So, while Coetzee made the right call against Australia by playing wide and deep, he cannot afford to make the same mistake twice when they face the All Blacks in Cape Town this coming Saturday.