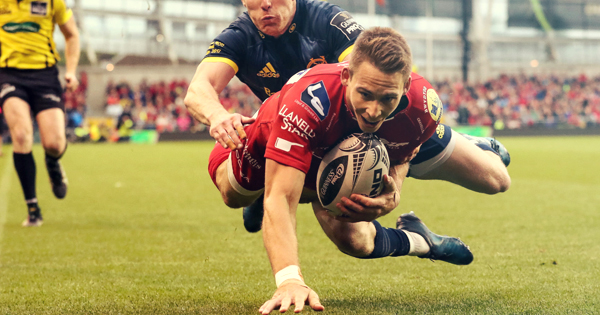 Scarlets beat Munster 44-22 in a high scoring Guiness Pro12 Final in Dublin’s Aviva Stadium on Saturday. They scored six tries for their second ever Pro12 title, following their win in 2004. After a commanding first half, Scarlets led 29-10 at the break.

Tries were scored by Liam Williams, Steffan Evans, Tadhg Beirne and Gareth Davies, before DTH van der Merwe and James Davies crossed in the second half. Munster scored through Tyler Bleyendaal, Andrew Conway and Keith Earls, but were blown off the park by Scarlets.