Scotland claim first victory over England since 2008 in epic match 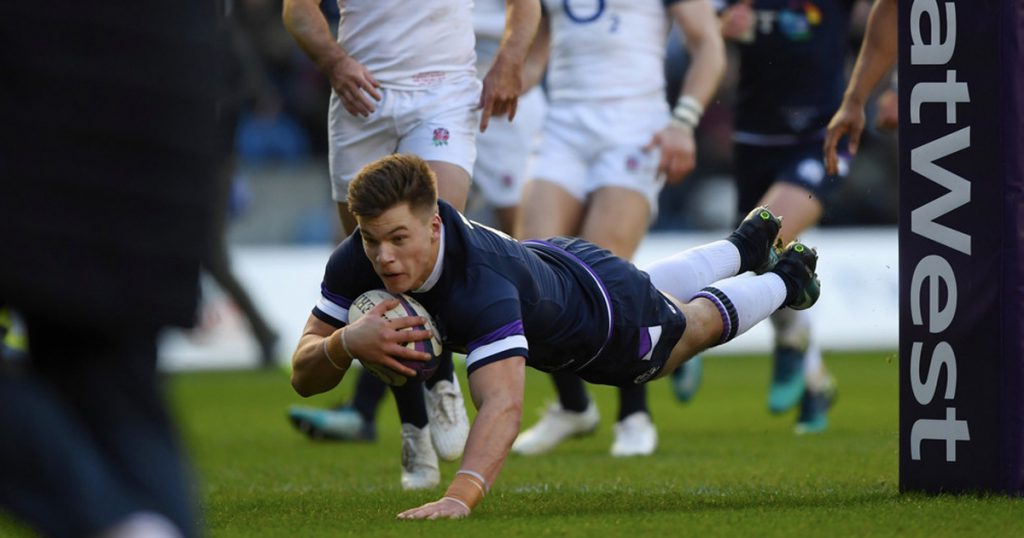 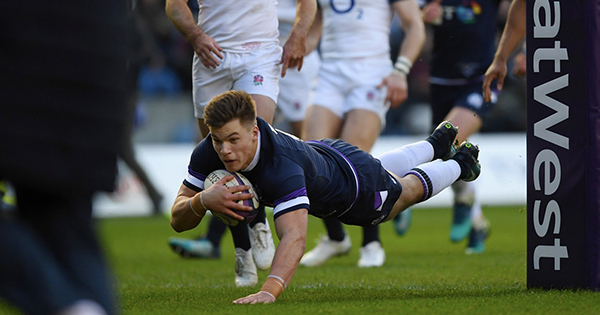 Scotland produced a sensational performance in front of a packed BT Murrayfeld to beat England 25-13 and reclaim the Calcutta Cup for the first time since 2008.

Two tries from Huw Jones and another from Sean Maitland helped the home side take a 22-6 lead in to the changing rooms at half-time.

England fought back admirably through Owen Farrell, who added a converted try to a pair of first half penalties to close the gap, but Finn Russell’s penalty 13 minutes from time sealed Scotland’s second win of the 6 Nations.

Russell back on form

The question many asked before the match was whether Scotland’s illustrious fly-half Russell could return to his mercurial best against the number one side in the Northern Hemisphere when it mattered.

His performance, notably his kicking from hand in the opening quarter did everything to prove that the real Russell had turned up. Twice he pinned Eddie Jones’ men deep in their own half as Scotland took the lions’ share of possession in the first half.

Scotland’s first try came against the run of play as England struggled to control a loose ball, with Jones latching onto it at pace for the score.

They were potent in attack and Russell’s 50-50 pass over the top of the on-rushing English defence landed into the hands of the centre who the raced up-field, only to be brilliantly scragged down by Jonny May.

Nevertheless, the second try came courtesy of quick ball for Greig Laidlaw, who fed his backline with alacrity. Maitland scored an almost carbon-copy of his effort against France in the corner.

What Jones did to claim his brace was other-worldly. Off line-out ball, Hamish Watson fed Laidlaw who then sent a perfectly-weighted pass along the line to send Jones straight through the gap and bursting towards the line.

He fended off two defenders and was hauled down just short of the line, but managed to stretch and touch down.

22-6 to Scotland at half-time and the Murrayfield faithful started to believe.

England fight back through Farrell

That England had only lost one match under Eddie Jones prior to this game must have played on Scotland’s mind. They came out fighting in the second half and showed the sort of aggression and grit that has made them so successful in the past year.

Now with possession aplenty, they went on the rampage in the Scottish half and came away with a superb try from Farrell.

The centre picked a beautiful line off scrum-half Danny Care to saunter in under the posts. Farrell’s conversion brought the scores to 22-13.

England had a number of clear chances to close the gap even further. Care thought he was in the clear after intercepting an Ali Price pass, but replacement back-row Sam Underhill gave away a penalty at the ruck, extinguishing his team’s opportunity.

Underhill himself played an even more pivotal role in the match when he was yellow carded for a no arms tackle. Referee Nigel Owens could have easily handed a red and Underhill, as well as his England side were perhaps sighing some welcomed relief.

Scotland had to somehow withstand the onslaught from England in the closing stages but in reality, all they had to do was continue playing the way they had in the first half.

John Barclay was immense at the breakdown and won several of England’s dozen-or-so penalties. After Russell nudged the Scots further clear, the game was all but won.

This result signals the end of the Grand Slam chances for England for the second consecutive year, but there was little they did wrong.

The visitors lacked the same sort of intensity as Scotland had at the breakdown and ultimately coughed up far too much ball, resulting in an alarming penalty count for Jones’ team.