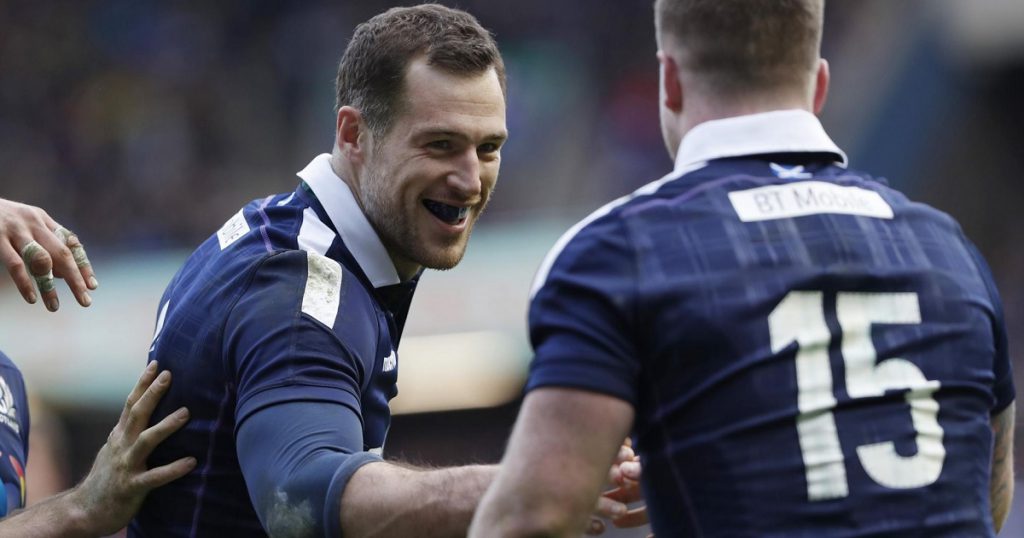 The Dutch-born player earned 33 caps for his adopted Scotland, scoring 14 tries and was part of the World Cup squad which reached the quarter finals in 2015.

Despite stepping away from the international game, Visser remains committed to club rugby, having penned a two-year contract extension with Harlequins earlier in the year.

In a statement, Visser said: “Playing for Scotland has been the biggest honour of my life. I feel it has been even more special by not being my country of birth but where I had grown to call home.

“Being asked to play for a top nation in world rugby and being accepted by my teammates as one of their own has been incredible.”

Born in Zeewolde, Netherlands, Visser moved across the North Sea to join Newcastle Falcons in 2007 before being loaned to relegated Northampton ahead of the 2008/09 season.

He then made the move north to join Edinburgh where he quickly became a fan favourite. Visser was the Pro12 top try scorer in each of his first three seasons with the club.

His 69 tries for Edinburgh during his six year stint made him the club’s record try-scorer. His knack for finding the line also transferred to the blue of Scotland, which Visser qualified for on residency grounds in 2012.

Visser scored a brace on debut against Fiji before backing it up against Samoa during the summer tour that year. A further two tries versus New Zealand made sure of his cult figure status among fans.

In May 2015, he announced he was leaving the Scottish capital to join Harlequins. Now in his third season at the Stoop, he has already touched down 30 times across the Premiership and in Europe.

Despite playing a key role in the 2015 World Cup, Visser struggled to maintain his starting place in the Scotland squad – due in part to injuries and the increasing depth in wingers north of the border.

Visser has decided to concentrate on family life and life with Harlequins while giving the younger generation of Scotland players the opportunity to stake a claim for selection.