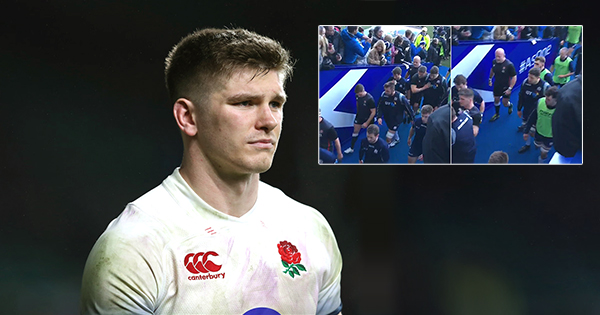 The tunnelgate incident has been laid to rest after Six Nations Rugby concluded its investigation into the scuffle that took place in the tunnel before kick-off at Murrayfield on Saturday. Both sets of players have, however, been warned.

Speculation about the pre-match bust up were fuelled at halftime when the BBC played a clip as their cameras caught footage of the incident, albeit from the other side of the field.

We were then supplied with footage from a fan overlooking the tunnel, but that too was fairly inconclusive, only showing Owen Farrell running in but giving no explanation as to what had provoked it.

Six Nations Rugby gathered material from the RFU and SRU, as well as from the BBC and the match officials, and also viewed available footage of the incident.

“It concluded that there was some evidence of pushing and shoving in the tunnel at the relevant time but no clear evidence of violent conduct or similar against any individual player,” today’s statement read.

“Accordingly, Six Nations Rugby will be writing to the SRU and the RFU to remind them and their respective players of their obligations to uphold the reputation of the tournament at all times, but no further disciplinary action will be taken.

“Six Nations Rugby will also remind all Unions of their’s and their players’ obligations.”

You can view the incident in the two videos below. As suspected by many fans, it appears that it was nothing more than a bit of pre-match adrenalin head of a heated encounter.

Meanwhile, Ryan Wilson, who was also involved, will today face his disciplinary hearing for allegedly making contact with the eyes of Nathan Hughes. More on that here.