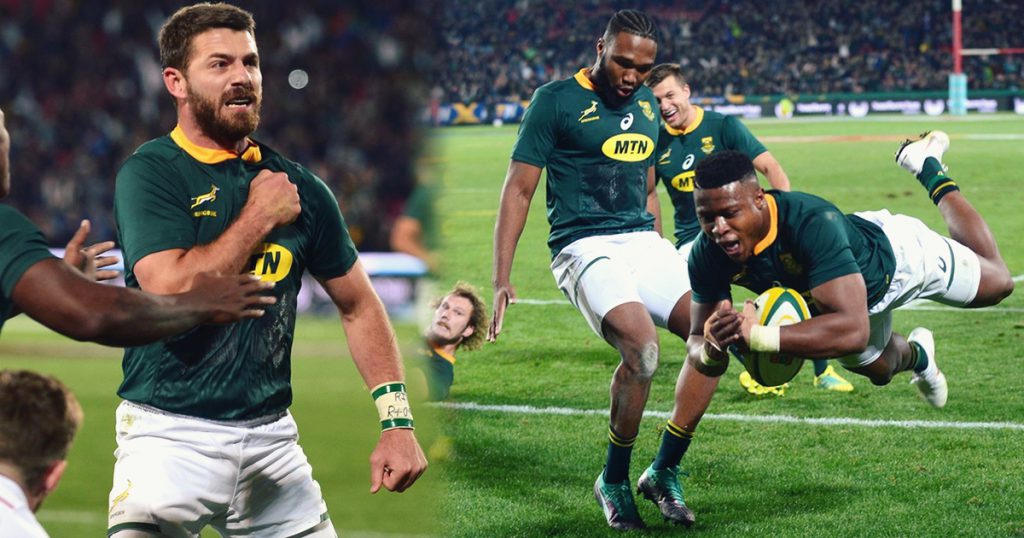 The Springboks have recalled recently retired Saracens hooker Schalk Brits following their 42-39 win over England on Saturday. The visitors squandered a 20-point lead as the Boks turned things around to go 1-0 in the three-Test series.

Wingers S’Busiso Nkosi and Aphiwe Dyantyi crossed for tries on debut while returning stars Willie le Roux and Faf De Klerk made a massive impact, giving the Springboks the much needed impetus to spark a comeback.

The hosts are now hoping that dynamic hooker Brits, who just turned 37-years-old and called time on his career with the Aviva Premiership final victory, can provide another spark but also help to mentor their young stars.

Rassie Erasmus believes that Brits can play a similar role to other senior players currently.

“We are busy with building experience, continuity and capacity towards the Rugby World Cup, so we want our young players rubbing shoulders with experienced players such as Duane Vermeulen and Willie le Roux,” explained Erasmus.

“I want Schalk to perform a similar role, because he has extensive inside knowledge and plenty of experience from playing for Saracens in the English and European conditions. It’s a great way for our younger guys to learn the trade of international rugby from these guys.”

Such a smart move by the @Springboks team. More coaches and teams should do this.
Whether they win or lose on Saturday. They have got a wonderful bloke for the team.

Brits, capped just ten times by South Africa during an era of domination by hookers John Smit and Bismarck Du Plessis, is already in camp with the Springboks in Bloemfontein. He attended the match at Ellis Park as a fan on Saturday.

Erasmus has stated that Brits’s role is not only that of a leader, but he will most definitely be considered for the match day 23 for the next two Tests.

The Springboks will be looking to tighten up the defensive lapses that saw them trail 24-3 in the first half, but will be buoyed by the performances of their youngsters and returning stars, on the occasion of Siya Kolisi’s first Test in charge as captain.

The team to face England in Bloemfontein in the second Test will be named on Thursday.