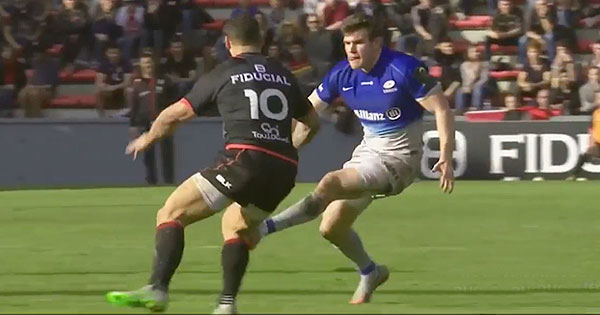 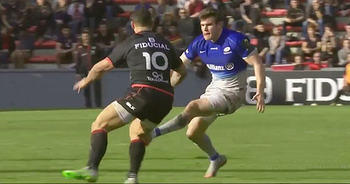 Saracens maintained their 100% unbeaten run this year’s European Champions Cup with a 28-17 victory over former champions Toulouse in the south of France.

The English visitors were out-scored by three tries to one but persistent indiscipline gave Mark McCall’s side ample opportunities to inflict a fifth defeat to an already eliminated Toulouse outfit.

Of course, they could have had a second if Owen Farrell hadn’t coughed up an easy score over the line. But Sarries’ try, scored by replacement Ben Spencer, was arguably the pick of the bunch and it came moments before Farrell’s blunder.

The score was exceptional. Firstly, full back Alex Goode showed characteristically great feet to weave his way through Toulouse defence. He then displayed great precision with his pass to pick out the on-rushing Spencer who chipped on the run before scooping up the ball for a superb try.

It proved to be a pivotal score as Saracens took a 19-7 lead early on in the second period. They ran out deserved winners despite a valiant Toulouse fight-back to book their spot in the quarter finals for the fifth consecutive year.

Can Sarries go all the way in 2016? Leave your comments below!