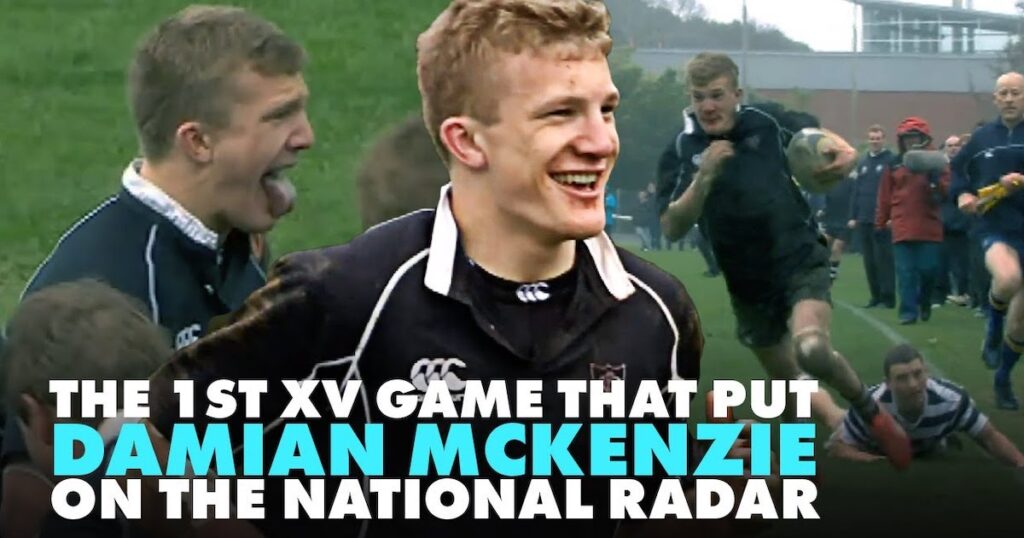 With much of the attention in New Zealand on up-and-coming full-back Will Jordan, it’s easy to forget the depth in that position filled across the other Super Rugby franchises. Damian McKenzie is one such player who has occupied the All Blacks jersey, having made a similar rise to Jordan through schoolboy ranks.

In this latest RugbyPass video, in collaboration with Sky Sports NZ, we see some of the highlights in the Christ’s College and Otago Boys schools encounter from 2013 which displayed some evidence as to the ability of the future All Black.

Captaining the Christ’s College side from fly half – a position he has since played in for New Zealand alongside his time at full-back – McKenzie produced a mesmerising display of control, both with ball in hand and from the boot.

McKenzie slotted three penalties in the first half before showcasing just how potent he is in attack with a superb try in the far corner. Not only that, but he bagged the touchline conversion as well.

It led to the commentators labelling him as “special”. No truer word spoken about a player who would go on to play for the All Blacks 23 times between 2016 and 2018.

Christ’s College ultimately went down 19-16 in the end, but McKenzie’s performance shone through.

If you like this video, check out some more All Black’s schoolboy highlights, including Jonah Lomu and Rieko Ioane.