The Rugby World Cup 2015 Pools drawn and IRB awards given 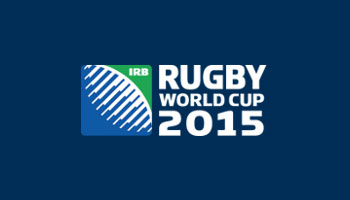 The draw for the Rugby World Cup 2015 took place earlier today in London, which you hopefully watched live on our video stream. If not, here is a quick summary of what happened with the draw, and who won the IRB 2012 awards.

Will Greenwood emceed the event which started off with speeches from Bernard Lapasset and Boris Johnson, then after a bit tournament build-up, we moved quickly into the draw, which was done by Lapasset, Johnson, All Black captain Richie McCaw, and England women’s player Maggie Alphonsi.

The bands for the pools were as follows:

The draw took place, resulting in the following four pools for RWC 2015:

Pool A – Looks like the pool of death as Rugby World Cup 2003 finalists Australia and England face off, while current Six Nations Grand Slam champions Wales join them, and possibly Fiji.

Pool B – South Africa and Samoa will meet for the fourth consecutive World Cup, no doubt leading to another bruising encounter. Scotland, who are currently ranked 12th in the world, join them.

Pool C – Defending champions New Zealand up against Argentina, and facing Tonga in the pool stages for the fourth time running.

Pool D – Very much a Six Nations feel to it, but France and Ireland will be fairly confident of going through to the next round with Italy their main threat.

Eight teams are yet to qualify.

Possible final:
If New Zealand (ranked #1) and South Africa (ranked #2) win their pools and knockout stage games, they will line up to meet in the final.

If you missed the draw and awards presentation, you can watch a replay of it all here

What are your thoughts on the awards and the draw, and which possible next round scenario are you most looking forward to, or dreading?