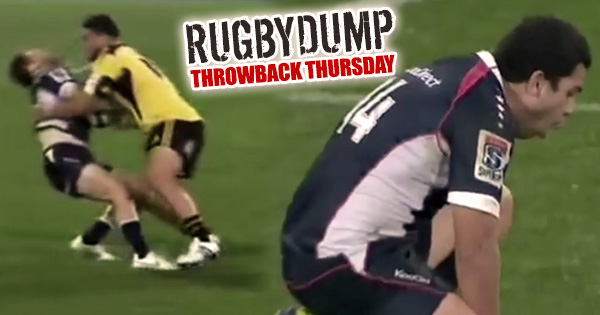 Gloucester have announced the signing of Hurricanes hooker Motu Matu’u, who a lot of you will know for his hard-hitting, strong carrying brand of rugby. New Zealand born, Matu’u has played 7 Tests or Samoa, including at the 2015 Rugby World Cup.

Now 28-years-old, Matu’u burst onto the scene in 2012 with some huge performances off the bench, and a number of mammoth tackles that made fans, and players, sit up and take notice.

Above is a quick look at two such hits against the Rebels. Both players had to leave the field unfortunately but while the powerhouse hooker dished out the damage, he was also on hand to help Lachlan Mitchell, who he went back to and turned over into the recovery position.

Matu’u will finish the Super Rugby season with the Hurricanes before moving across ahead of the 2016-2017 Premiership season.