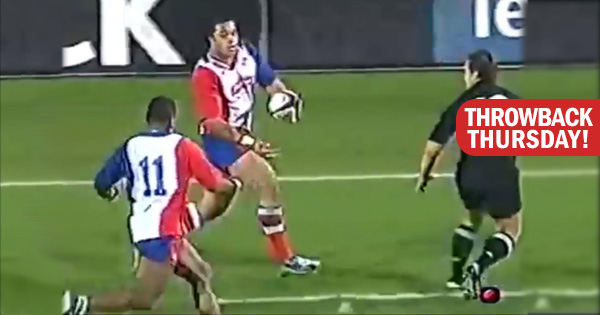 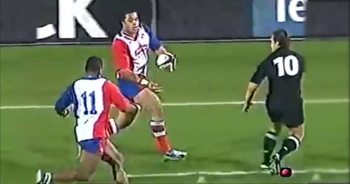 In 2004 the pacific island nations of Tonga, Fiji and Samoa came together to form the Pacific Islanders, and play matches against New Zealand, Australia and South Africa. Here is a quick look at a great try they scored against the All Blacks.

The irony of this try is that the two of them later went on to play for the All Blacks.

While the Pacific Islanders lost all three big matches that year, they were able to field strong sides and the combined team created a lot of interest and excitement amongst fans.

The last time the team played together was in 2008, when they picked up their first international win, beating Italy 25-17. Unfortunately in 2009 Samoa broke away from the alliance due to lack of financial benefits, so the chances of us seeing them in action again aren’t very good.

Nevertheless, it was a great concept at the time and many have felt that with the lack of funds available in the prolifically talented region, a combined team would have been a great fit for one of the Southern Hemisphere competitions. Unfortunately for them Argentina got included in the Tri Nations, and they were also overlooked in Super Rugby, despite it expanding to 18 teams in 2016.