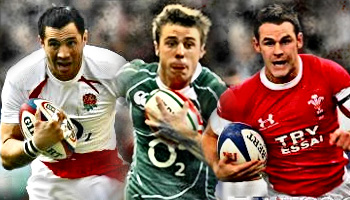 The 2009 RBS Six Nations is now a thing of the past, so as Ireland bathe in the success of their Grand Slam, it’s time for us to reflect on some of the Championship’s stand out tries, from all teams involved.

Over the last few weeks weve seen some memorable moments from all sides, and starting off the compilation is the man who some say might lead the Lions in South Africa Brian ODriscoll.

His return to form has been sensational to see. BOD is now reaching the heights and success hes always aimed for, and always been good enough to achieve. His try against France looked like the legend of yesteryear, as he showed that hes still got it.

Fellow countryman, eighthman Jamie Heaslip scored a cracking try in the same match, with an even more audacious step to finish. He himself is one of the new breed of Irish stars, so expect to see plenty of him in the future.

Scotlands Max Evans scored a great try against Wales, Riki Flutey scored two against France, the second of which was setup excellently by Delon Armitage, and then at the top of the list we see Francois Trinh-Duc with a great individual effort in Italy.

A few lovely tries, some great memories, and an enjoyable 2009 Six Nations Championship, even if youre not Irish.

The order of the tries seems fairly random. You decide for yourself which are your top 3.