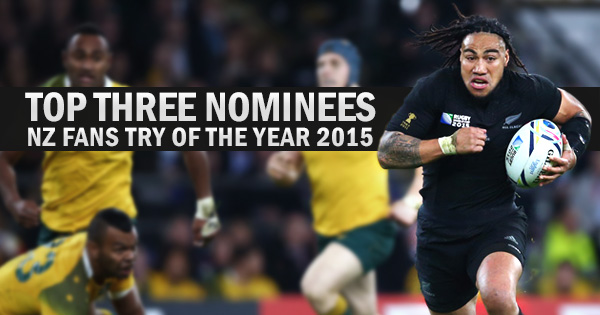 We recently posted 15 brilliant tries that were the nominees for the Sky Sport New Zealand’s Fans Try of the Year for 2015, and told you that you can vote for your favourites. Here are the Top 3, with the winner to be decided at the Steinlager Rugby Awards on 11 December.

Of the three, two are scored by All Blacks at the Rugby World Cup, while the other was a brilliant team effort at domestic level, scored in the Meads Cup Final. Which try do you think should win?