Toulon knocked out by Racing 92 in Champions Cup Quarter Final 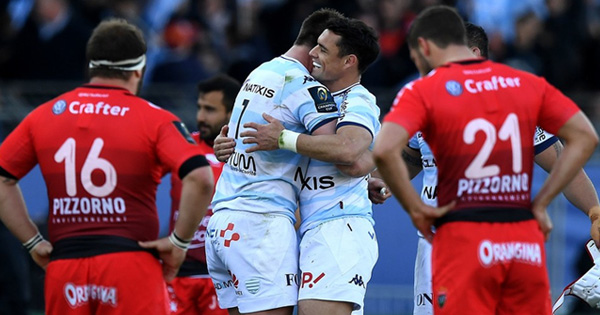 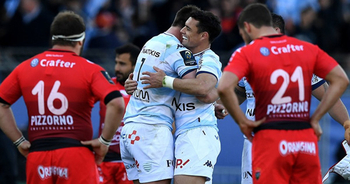 Racing 92 will face Leicester Tigers in the European Champions Cup Semi Final after they beat reigning champions Toulon 19-16 on Sunday. Scores were tied with three minutes left, but a late Maxime Machenaud penalty secured the win.

Dan Carter got things under way with the first points of the match, up against the likes of fellow All Black and World Cup Winner, Ma’a Nonu.

Los Pumas star Juan Imoff then intercepted a pass and sprinted away for the opening try just two minutes into the match, before Toulon hit back five minutes later through flanker Charles Ollivan.

Scored were level at the break before Machenaud took over the kicking duties after Carter suffered a thigh injury. He slotted two penalties before Jonathan Pelissie brougth things level again, setting up a tense finish.

With six minutes left, Machenaud missed front point blank range and the scores remained at 16-16, heading for extra time in the knockout match, but he was given another chance a few minutes later, and that time made no mistake.

Racing will face Leicester Tigers, who beat Stade Francis 41-13, in the semi final in Nottingham on April 24. The other semi final will be an all English affair, with Saracens taking on Wasps in Reading.

Amazing to get the win against Toulon who have set the bench mark for European rugby the last 3 years #racingfamily pic.twitter.com/6swofxFyKv