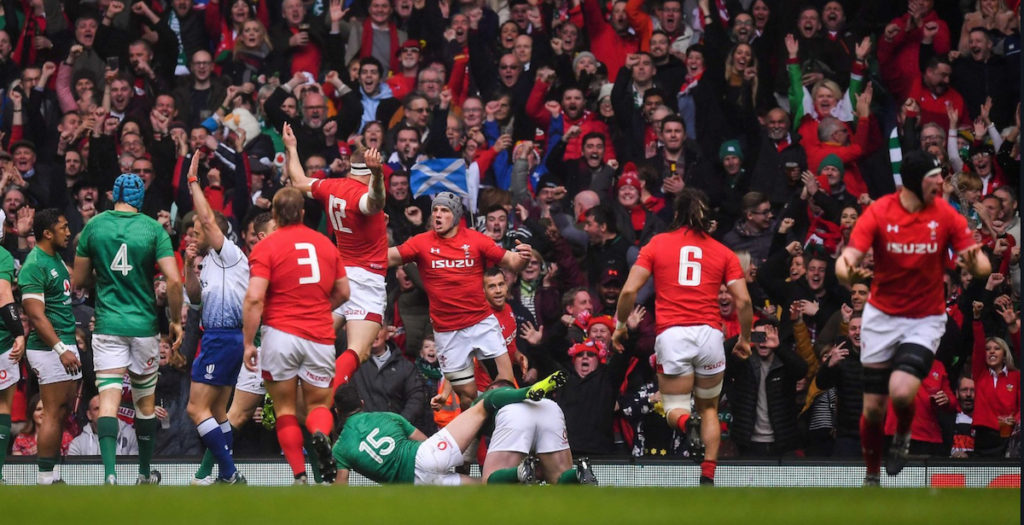 Wales have won their fourth Grand Slam title after thrashing Ireland 25-7 in Cardiff on Saturday afternoon.

The Welsh will now leapfrog Ireland to second in the World Rugby rankings behind New Zealand, equalling their highest ever position.

The Irish earned the second place spot after a phenomenal 2018 which included a Grand Slam of their own and a famous victory over New Zealand in Dublin.

No positional changes in the updated World Rugby rankings.

New Zealand still way ahead, followed by Ireland, then Wales, then England.

If Wales complete the Grand Slam they would (score dependent) leapfrog Ireland to 2nd in the world, equaling highest-ever ranking. pic.twitter.com/PaLE2HIWfl

This was Wales’s 14th win on the bounce and they scored the first points of the match through inside centre Parks in the second minute of the game.

From that point it was total dominance from the home side as the Irish made consistent handling errors throughout the game and Gareth Anscombe proved reliable from the kicking tee.

Prior to this year’s tournament Wales were considered by many to be underdogs to Ireland and England, but the form of veteran lock Alun Wyn Jones, centre Hadleigh Parks and winger Josh Adams have inspired Wales to a remarkable Grand Slam.

The moment when you win a #GuinnessSixNations Grand Slam in front of your adoring public 😍 pic.twitter.com/MoMKLlTHcs

In contrast, reigning World Rugby Player of the Year Johnny Sexton had a poor game, being substituted after 73 minutes and the Irish scored their only points of the game in the final play of the game.

This was Wales Head Coach Warren Gatland’s final Six Nations game in charge ahead of the 2019 World Cup in Japan, where Wales could be second favourites for the trophy.