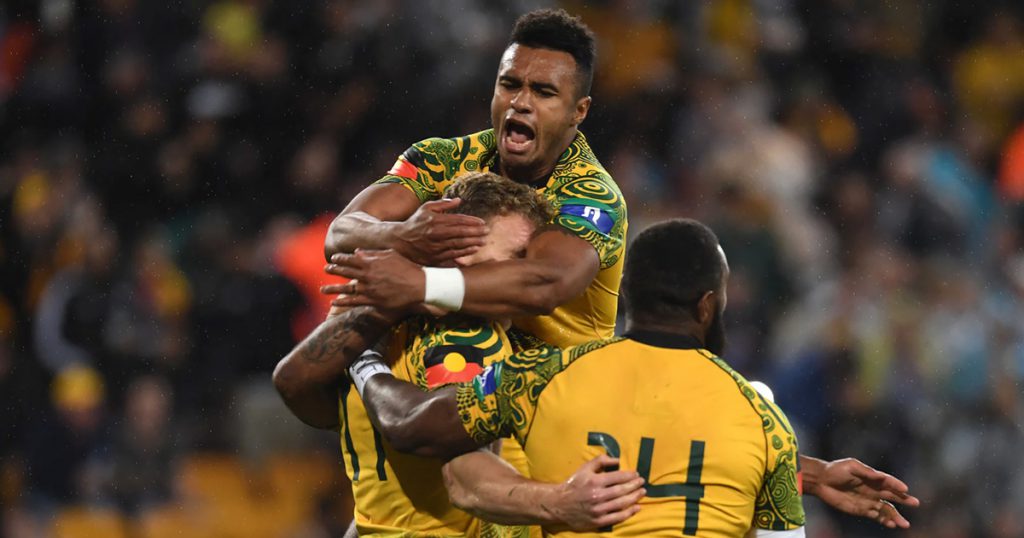 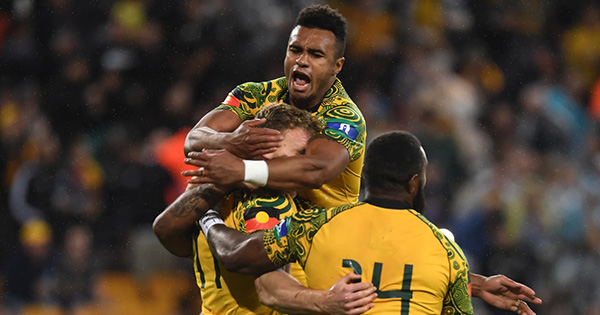 After having beaten the All Blacks in last year’s Bledisloe 3, the Wallabies have their sights set on reclaiming the Bledisloe Cup for the first time in 16 years. This video shows some of those memorable moments from last year, as we lead up to Saturday’s kick-off.

The Wallabies were triumphant in last year’s contest between the two sides, albeit a dead-rubber, beating the All Blacks 23-18 in Brisbane.

In order to change the course of recent history, they need to channel any momentum left over from that match, especially considering they dropped their June Test series with Ireland.

The All Blacks have once again been named the team to beat in this year’s Rugby Championship, a theme that Michael Chieka’s boys will be all too familiar with. That said, the Wallabies themselves feature a significant amount of Test experience and will fancy themselves at home.

– Australia beat New Zealand in their last match. However, they’ve not beaten the All Blacks in back-to-back matches since 2001-2002, when they beat them three matches in a row.

– New Zealand have won the last four out of five matchups.

– During their June Test series, the All Blacks averaged 14.7 clean breaks per match against France, the most of any tier one nation. The Wallabies averaged the fewest with four per game.

– Sam Whitelock will play in his 100th test match.

Kick-off on Saturday is at ANZ Stadium, Sydney, 8.05pm (AEST)