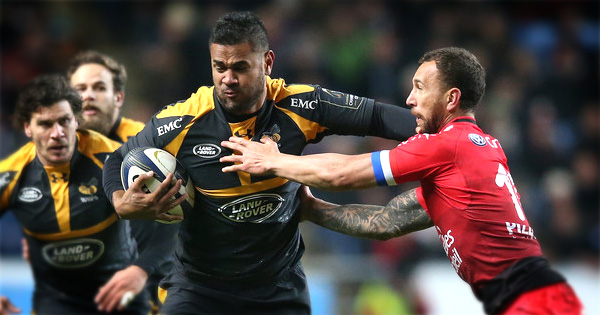 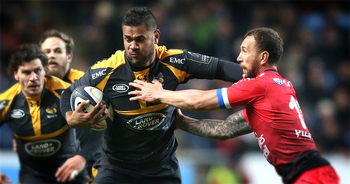 Wasps pulled off perhaps one of the biggest shocks of the European Champions Cup campaign so far with a thumping 32-6 victory over three-time victors Toulon in Coventry.

Having beaten another former champion in the form of Leinster last weekend, Dai Young’s side came out all guns firing and led 20-6 at half-time. They then bagged the bonus point in the second half against a careless, inaccurate and frankly second rate Toulon team.

Wasps’ electric back-three of Frank Halai, Christian Wade and Charles Piutau were hugely impressive throughout the match and made life almost impossible for the likes of Bryan Habana, Josua Tuisova and the illustrious Quade Cooper.

Wade’s zip and agility in open play should certainly open the eyes of new England head coach Eddie Jones ahead of the RBS 6 Nations in February, while Scotland’s Ruaridh Jackson orchestrated proceedings admirably in the number ten jersey.

Speaking to EPC Rugby, Wasps coach Dai Young said: “I could not be prouder of the players, I thought they were excellent. There were a lot of questions before the game, was last week a one off? Could we back it up? Was it a case of Leinster being poor or us being good?

“We’ve shown everyone we are a quality team. We’ve still got things to improve on but that was close to as good as it gets,” said Young.

Do you think Wasps can go all the way for their first European triumph since 2007? Catch the highlights recap below, with extended highlights on the next page.