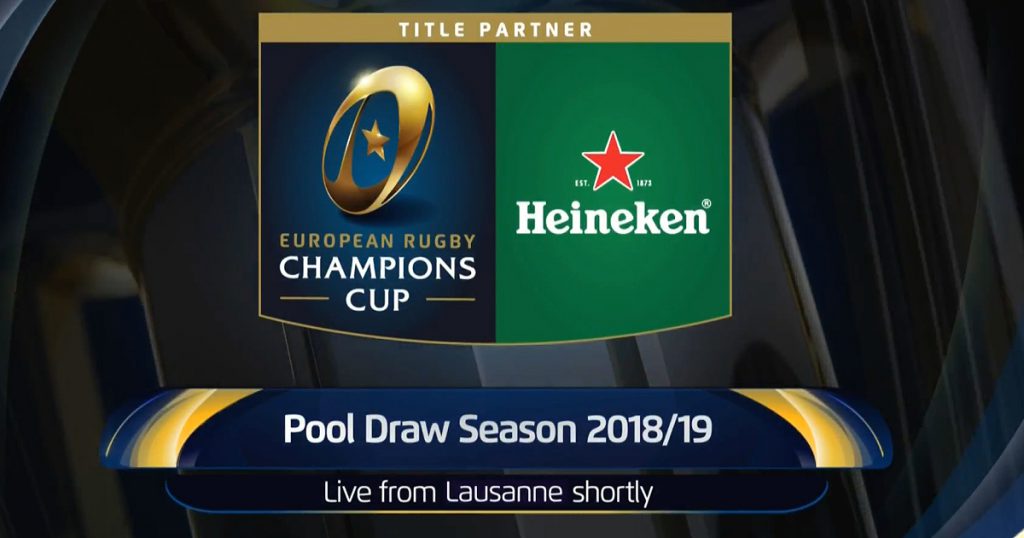 How will the draw work?

Twenty clubs from Gallagher Premiership Rugby, the Guinness PRO14 and the TOP 14 have qualified on merit for the Heineken Champions Cup. The clubs will be divided into four tiers depending on league position. The tiers are as follows:

Tier 2 clubs: Racing 92, Wasps, Glasgow Warriors, one of Montpellier, Exeter Chiefs and Scarlets as well as the fourth-ranked club from the same league as the one not drawn into Tier 1.

How are the clubs tiered?

For the purposes of creating the tiers, the TOP 14, Premiership and PRO14 and clubs are ranked based on their league performances and on their performances in the knockout phases.

For clubs which did not qualify for the knockout phases of their leagues, or which were eliminated at the same stage of the knockout phase, rankings are decided by league table finishing positions and/or by other official qualification criteria.

Who will be hosting the draw?

What else do I need to know?

Clubs from the same league will be kept apart until the allocation of the Tier 4 clubs.