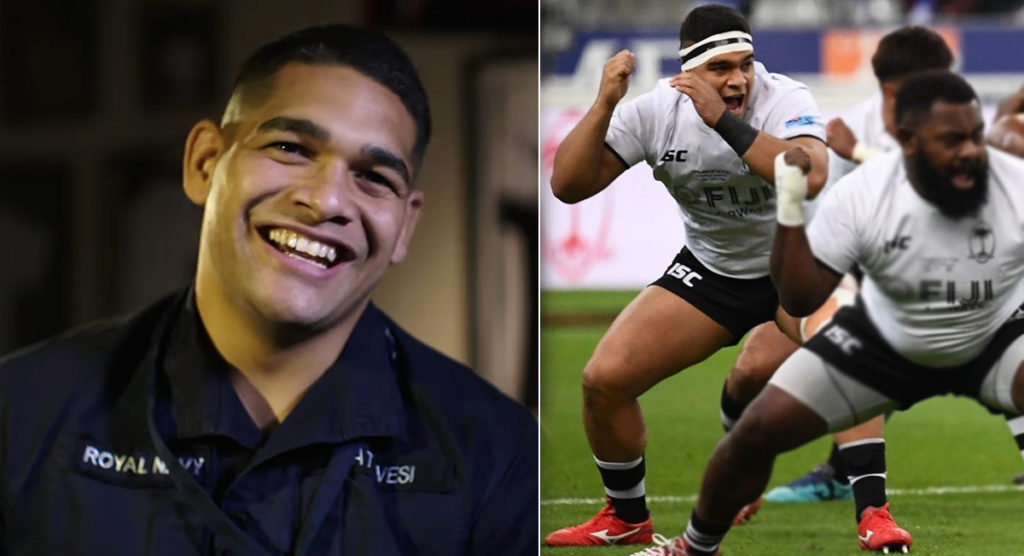 Sam Matavesi may live and play somewhat in the shadow of his more famous brother Josh, but the latest addition to Fiji’s squad for this year’s Rugby World Cup in Japan is making waves both at home and abroad.

Born in Truro in Cornwell to Sereli Matavesi, Sam calls the UK and Fiji his home. The hooker plies his trade for Championship side Cornish Pirates, but headed south to Toulouse on loan at the end of last season as injury cover for Julien Marchand and Leonardo Ghiraldini.

The 27-year-old was part of the Fijian squad which recorded a shock win over France last November and will now realise a childhood dream by competing for his homeland at this year’s World Cup.

Matavesi’s story is particularly interesting though. Although on loan to European rugby giants Toulouse and about to represent Fiji on the world stage, the hooker is still very much a semi-pro.

WATCH: Fiji stun Maori All Blacks with ‘The sort of rugby that only Fiji can play’

He combines rugby with his day job as a supply chain logistician for the Royal Navy at its Air Station in Culdrose near Helston.

“Overall, I’m in the Navy first and then my second job is rugby,” Matavesi told World Rugby. “I joined the Navy [three years ago] and to be fair I haven’t looked back. It’s something I wish I had done sooner.”

Matavesi also plays for the Navy rugby team when he isn’t working or on Pirates duty. But his last appearance against the Army at Twickenham lasted just 17 minutes when it was deemed to have headbutted an opponent.

He’s the sort of player who puts everything onto the pitch, and he’ll be hoping it pays off come September.

Matavesi has also been included in the Fijian squad to take on the Maori All Blacks in Rotorua on Saturday.