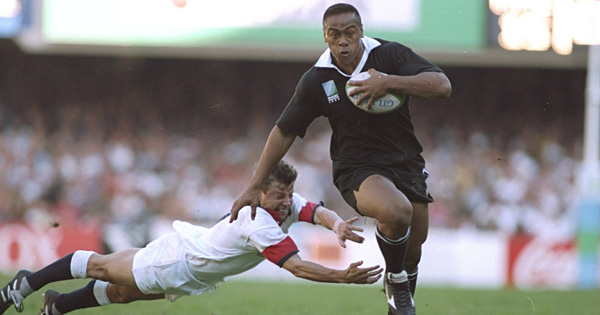 The man who changed the game as we know it, Jonah Lomu, has passed away suddenly in Auckland, aged 40. Twenty years on from making the biggest impact the game has ever seen, Lomu had just arrived back home after spending time at the 2015 Rugby World Cup.

The former giant winger battled a rare kidney disease for decades, at times hampering his career, and eventually ending it. He later received a kidney transplant but his body rejected it. Lomu has been on dialysis for years.

“I can confirm that Jonah Lomu died this morning… it was totally unexpected, Jonah and his family arrived back from the UK last night,” Mayhew told TV3 before breaking down in tears.

Lomu scored 37 tries for and set up countless more in his 63 Tests for the All Blacks. His star rose at the 1995 Rugby World Cup, when he burst on to the scene and helped New Zealand to reach the historic final. His combination and size, speed and balance stunned opponents, and some of his records still stand today.

The power of his fame was such that at a time when rugby turned professional, Lomu was on hand to build the not only his own brand, but reach wider audiences for the All Blacks, garnering a huge following in the process.

“The fact is that we’ve lost a true global superstar — probably the first to our game,” said former teammate since they were teenagers, Daryl Gibson. “What he’s done the last 10 years as an ambassador and advocating our sport is fantastic.

“His legacy is two-fold. Firstly as a player he revolutionised the position. He was the first real genuine athlete that was way above what the rest of us were playing at and also what he did with ball in hand. He really put our game on the map and sent it truly global.”

Arguably the biggest star in the sport, Lomu was in the UK for the latest World Cup, doing the media circuit. In a recent interview he hinted that the family enjoyed their time there so much, they were considering moving to the UK permanently.

While on the field New Zealand rugby has achieved unbelievable highs, off it this year has been tragic, with the loss of two All Black greats in Jerry Collins (34) and now the seemingly unstoppable force, Jonah Lomu. Norm Berryman (42) also died this year.

Wife Nadene has asked for privacy at this difficult time (see below) for her and their two young sons, Brayley and Dhyreille. Thoughts and prayers are with his family at this time.

The tribute video below, from Sky NZ, was originally used to promote the Bledisloe Cup but has been adapted and it a perfect depiction of the great man’s rugby life. May the legend Rest in Peace. 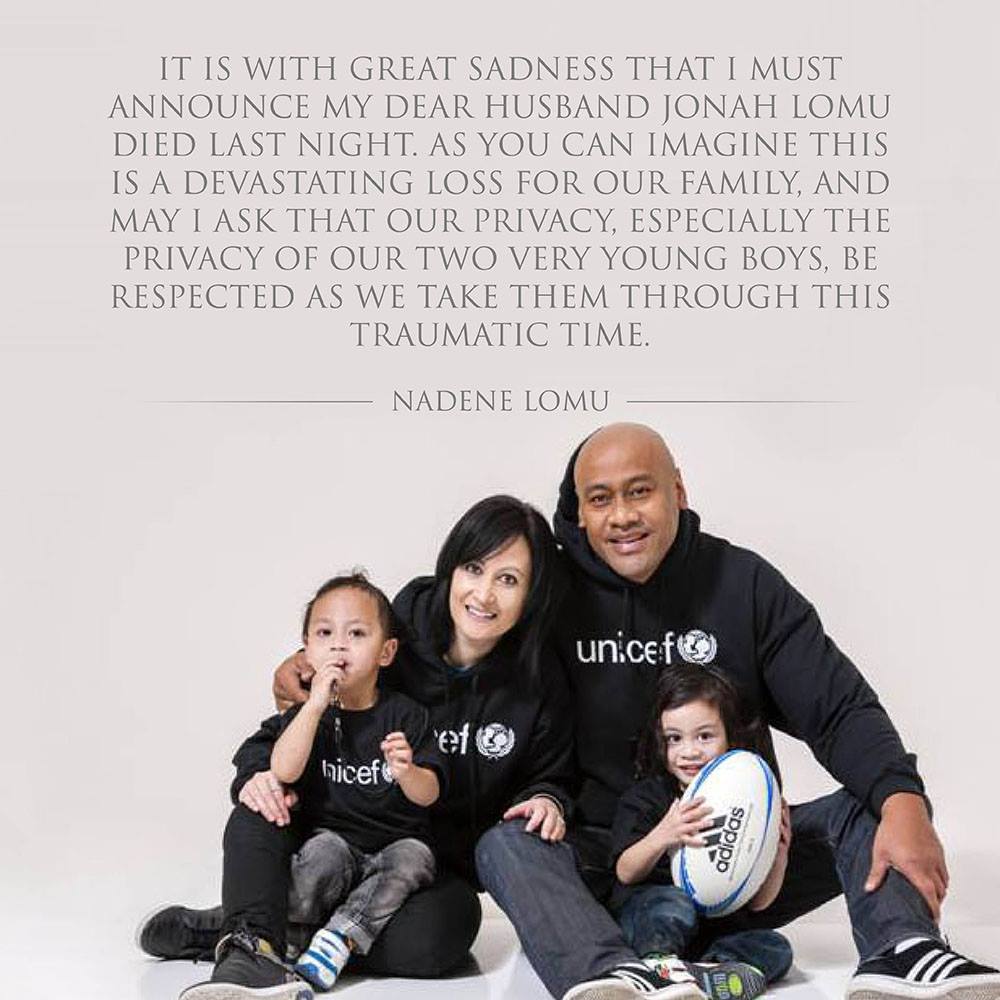