Argentina coach says they are committed to playing attacking rugby 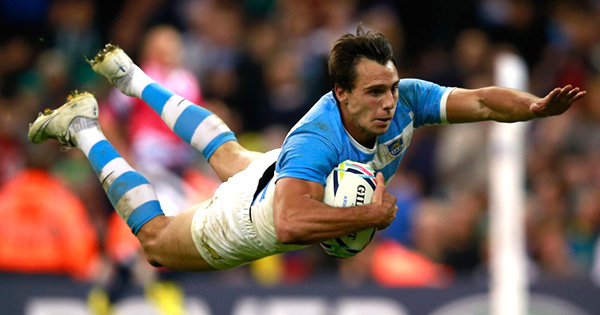 Argentina’s coach says that they remain committed to their attacking World Cup style as they continue to learn how to close out big games. The Pumas host South Africa in Salta this weekend in their second Rugby Championship 2016 match.

Next month they will return to Twickenham to take on Australia in the final round of The Rugby Championship, on October 8, the first time the tournament has been staged in the Northern Hemisphere.

They opened this year’s series with a 30-23 defeat in South Africa despite holding a 23-13 lead 10 minutes from time after great tries from Matias Orlando and Santiago Cordero.

The two sides meet again this weekend in Salta.

Head Coach Daniel Hourcade believes past experiences – like the World Cup semi final defeat to the Wallabies last year – will help his team continue their growth.

“We left the field with nothing else to give, and we lost against a great team,” said Hourcade.

“This experience was a strong lesson for us, we were beaten by a great rival but I believe it was the price we paid for our inexperience. And today, that inexperience has turned into experience. So we hope it has a positive effect in our future performance.

“You learn from your defeats, maybe even more than from your victories. Going back to that semi final, I think that match made us grow a lot and it will surely be of great help to face what is to come.

“In order to win more matches in The Rugby Championship, we need to play to the limit of our possibilities.

“We are well aware that we still have to work to be at the level of the other teams participating in the tournament, but we also know that we are capable of playing good rugby and, as a consequence, perhaps we will get to achieve victories.”

Doing so at Twickenham – in the rematch against World Cup semi final rivals Australia – would be extra special. “It is incredible [playing at Twickenham], a great honour indeed. It will surely be fantastic to play at that stadium, and special for rugby worldwide,” he added. 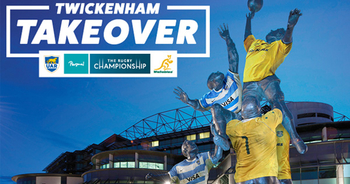 We’ve teamed up with the event and are able to offer you 25% off Adult Category A and B top price tickets when you purchase online at www.ticketmaster.co.uk

NOTE: Remember to input the code RUGBYDUMP to redeem your 25% off discount