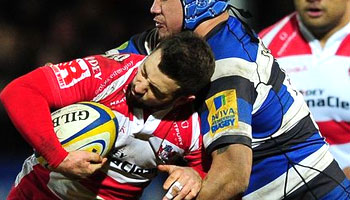 The final weekend of the regular Aviva Premiership season is upon us and never have there been so many variables with only one game to play.

Only 5 teams go into their matches on Saturday knowing what position they will finish the season in and with so much up for grabs in every fixture we predict a dramatic rise in grey hairs and chewed fingernails amongst rugby fans this weekend.

Home play-off semi-final regardless of results.

The Tigers know that should they beat Northampton on Saturday they will qualify for the play-offs. It is possible that they finish level on points with both Exeter and Saracens but their superior number of victories this season would see them finish higher.

However, should they lose to the champions, who would like nothing more to end Leicester’s season prematurely, and Exeter and Saracens both win then the Tigers will drop out of the top 4 and not compete for the championship for the first time in 10 years.

All Exeter need to do is match what Saracens do and they will take part in the Premiership play-offs for the first time in their history. The Chiefs occupy 4th going into the final weekend level on points with Sarries, both having won 13 games this season but with Exeter’s points difference better by 3.

They host Sale who beat them earlier in the year 18-11. Saracens however travel to London Welsh who they demolished 78 -7 back in December. Both teams will be going for bonus point wins and will be trying to outscore one and other as well as the opposition.

Alternatively, Northampton do both sides a favour and beat Leicester in which case a win will be enough to see them both qualify.

As discussed above, match Exeter’s result and improve on their score by 4 points and the Londoners will once again play for the trophy.

Wasps finish off a fantastic season away to London Irish knowing that should they win they will play Champions Cup rugby again next season. However nothing is set in stone just yet.

Should they lose to the Exiles and Sale beat Exeter with a bonus point the Sharks will leapfrog them into the much sought after 6th place. Dai Young will certainly be telling his players to not count their chickens.

Sale Sharks enter the final weekend knowing they have more potential than anybody to alter the final standings in the Aviva Premiership.

Should they beat Exeter, not only will they probably deny their opponents a top 4 finish but if other results go their way they could themselves climbing above Wasps and be rubbing shoulders with European rugby royalty next season.

Quins travel to Newcastle with nothing but pride to play for. Gloucester ensured that finishing 7th in the Premiership is meaningless this season by winning the Challenge Cup so all Harlequins have on the line is their dignity.

Mathematically they can still finish above Sale but it would be under extraordinary circumstances. The Sharks are 5 points ahead and have a 97 point superior points difference so Chris Robshaw and co would have to score four tries and beat Newcastle by 50, hoping that Exeter in turn beat Sale by 48 or more.

Also possible, Newcastle beat Quins and Gloucester triumph in the west country derby meaning Quins finish 9th, something that would be considered completely unacceptable for a squad full of so many internationals.

It’s been another disappointing domestic season for the cherry and whites, with victory in the Challenge Cup and a potential route to the Champions Cup the only real shining light. Only a fool would think they would be looking ahead to their European play off matches the following weekend and take it easy against Bath at the Rec.

Gloucester will want to finish their season on a high and make sure their bitter rivals go into their play-off campaign battered and bruised.

Guaranteed 10th position regardless of results.

Guaranteed 11th position regardless of results.

Guaranteed relegation regardless of results.