Beauden Barrett steamrolled in Wallabies Try of the Week 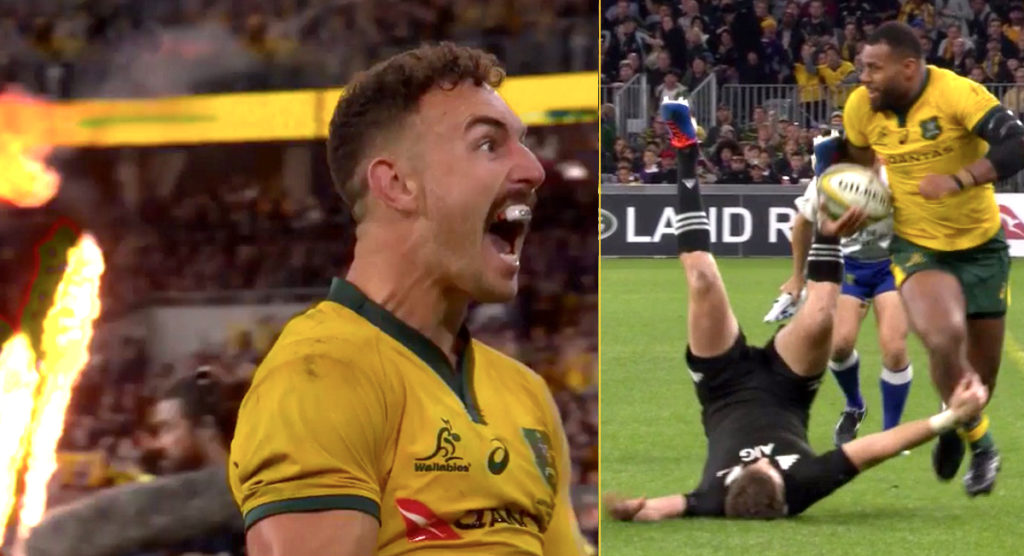 The Wallabies’ 47-26 win over the All Blacks was emphatic on Saturday and had a lot to do with the two players featured in this try. The win sets up the return Bledisloe Cup match in Auckland next weekend.

Samu Kerevi and Nic White were both hugely influential, with the former Exeter Chiefs scrumhalf crossing here but powerful Kerevi sending Beauden Barrett into a position he’s not too familiar with.

Beauden Barrett on the receiving end of some savagery from Kerevi 😱 #AUSvNZL #BledisloeCup
pic.twitter.com/wlXlhbyOFu

The try has been named Try of the Week in the Rugby Championship.

With the win, Australia finished second overall, while South Africa won the tournament with their big win over Argentina. New Zealand finished in another unfamiliar position, in third place.