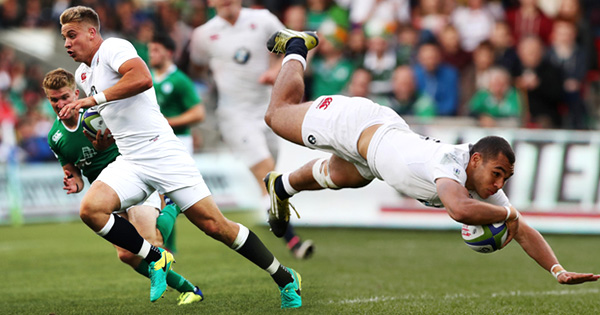 England were crowned World Rugby U20 Champions for the third time in four years as they beat Ireland 45-21 in Manchester. Slightly overshadowed by the senior team’s successful tour of Australia, the U20s cruised to the final, with a number of stars being born.

“It’s great to test yourself against the very best in the world, we’ve had that in this tournament and it’s exciting as a young lad to get this opportunity. It’s been an amazing journey and a huge squad effort,” Mallinder, the son of Northampton Saints coach Jim, said after raising the trophy.

Junior World Champions 2016. Thanks so much for the support ???? pic.twitter.com/J2uBlYYqOy

“I’ve gained some great experience during this tournament.  It’s an amazing opportunity to play with your mates, who you have played with through age-grade rugby, and test yourself against the very best in the world.

“It’s been a great summer, what we’ve enjoyed most is the support and relationship we’ve had from the seniors and Saxons. We’ve heard from them throughout and that’s a huge boost because as players that’s where we want to be,” said Mallinder.

Irish coach Nigel Carolan said: “We felt we were beaten by the better side. They were very clinical, any chance they got they took and, at 21-0 down, it was always going to be an uphill battle.

“I’m extremely proud of the way these boys have conducted themselves over the last three and a half weeks, it’s been an immense tournament.”

In the battle for third place, Argentina beat South Africa for the second time in the tournament, this time with a convincing 49-19 scoreline.

Ireland’s number eight Max Deegan was named Player of the Tournament for his contribution.

The next World Rugby U20 Championship will take place in Georgia next year.