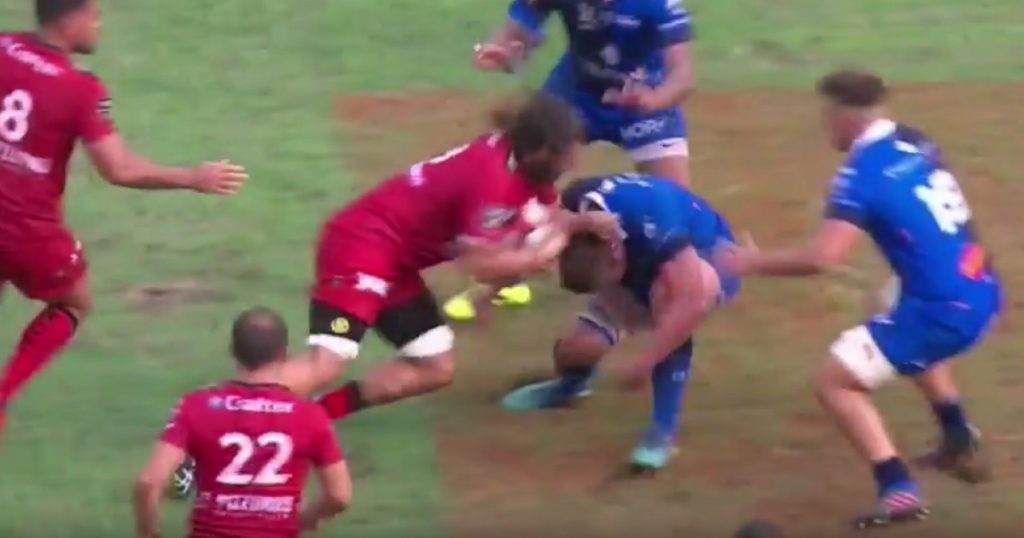 Toulon and Castres played out an enthralling match in the Top 14 last weekend, with the former coming out on top not only on the score-board (28-27) but on many occasions, physically as well.

The Toulonais are known to court some of the best players in the world courtesy of a seemingly unbreakable budget from owner Mourad Boudjelal.

But it was a mix of experienced hands and rookies who proved difficult for reigning champions Castres to handle.

South African back-rower Jacques Potgieter went on an absolutely barnstorming charge in the second half, flooring Anthony Jelonch in one fell swoop. Jelonch, by no means a lightweight, was left wondering what had hit him as Potgieter eventually went to deck to recycle the ball.

Earlier on in the first half, recent Toulon recruit Stéphane Onambelé powered through Castres winger Martin Laveau on his way to scoring Toulon’s second try of the match.

The powerful former Pro D2 player with Colomiers, who measures at 6ft2 and over 14st, was unstoppable en route to the line.

Remarkably, it was Toulon’s first win of the new season, having fallen to defeats in the opening rounds to Clermont Auvergne at the Stade Mayol and on the road to Pau.

They had sat precariously at the bottom of the standings, but have now climbed to 11th following their victory on Saturday.

This is the same match that unfortunately saw the ugly strike by Mathieu Bastareaud, which resulted in a straight red card and no doubt, will lead to a lengthy ban.