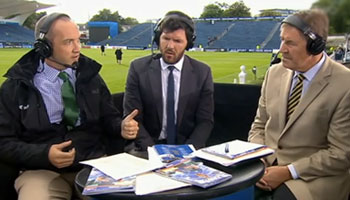 The future of European club rugby competitions is unknown at this stage. The Heineken Cup is in serious doubt, but where to from here? Conor O’Shea, Shane Horgan and Donal Lenihan discuss the crisis and look at ways that is can be resolved.

Negotiations and discussions will take place in Dublin on 23 October, with all signatories of the current European club rugby Accord to attend. ERC will facilitate the process across a range of points of difference, such as the share of central revenues, qualification criteria and format.

The involvement of all parties in ERC’s make-up is as vital now as it was in the early days of the organisation. The only forum which can provide the platform for all-party negotiation under the Accord is the ERC forum and any attempt to ambush or denigrate the discussions is clearly not in the best interest of these great European tournaments.

“More than one year has passed since notice was served on the Accord and no proposal to date has received sufficient support to provide the basis for progress,” said ERC Chief Executive Derek McGrath.

“This should not be seen as insurmountable, as agreement on European tournaments has always required compromise with an acceptance that no party will secure everything on their wish-list.

“The only way we ever made progress in previous Accord negotiations was by serious engagement on the part of all ERC decision-makers. The same positive approach is required now and it is hoped that all signatories to the Accord will dedicate their energy to the renewed process.”

The Heineken Cup and Amlin Challenge Cup tournaments are owned and run by ERC,  a company set up by the six main European unions which is recognised by the IRB as the organiser of  the pre-eminent cross-border club competitions in northern hemisphere rugby.